The Astonishing Life of August March 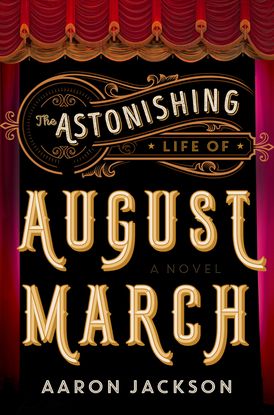 The Astonishing Life of August March

In this enchanting first novel, an irrepressibly optimistic oddball orphan is thrust into the wilds of postwar New York City after an extraordinary childhood in a theater—Candide by way of John Irving, with a hint of Charles Dickens.

Abandoned as an infant by his actress mother in her theater dressing room, August March was raised by an ancient laundress. Highly intelligent, a tad feral, August is a true child of the theater –able to recite Shakespeare before he knew the alphabet.

But like all productions, August’s wondrous time inside the theater comes to a close, and he finds himself in the wilds of postwar New York City, where he quickly rises from pickpocket street urchin to star student at the stuffiest boarding school in the nation.

To survive, August must rely upon the kindness of strangers, only some of whom have his best interests at heart. As he grows up, his heart begins to yearn for love—which he may or may not finally find in Penny, a clever and gifted con artist.

Aaron Jackson has crafted a brilliant, enchanting story at once profound and delightfully entertaining. Like The Curious Case of Benjamin Button, The World According to Garp, and Be Frank with Me, this razor-sharp debut—a classic tale of a young innocent who finally finds his way, reminds us that everyone can find love. Even August March.

"Aaron Jackson's debut is a footlight parade of post war originals in a story that will break your heart and put it back together again with wisdom, hilarity and hope. August March is a misfit miracle. You will root for him every step of the way on his path to true love in this most glorious debut." - Adriana Trigiani, New York Times bestselling author of Tony's Wife

“A specific, clever and hilarious voice, Aaron Jackson is a delight in any medium. The Astonishing Life of August March is a delirious, fantastical romp behind the curtain of New York's theater society -- Cue Applause!” - Abbi Jacobson, New York Times bestselling author of I Might Regret This 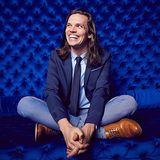 Aaron Jackson is a writer and comedian. With Josh Sharp, he optioned and adapted a screenplay of their stage musical 'Fucking Identical Twins' which is currently in development with Chernin Entertainment. He was recently a cast member on Comedy Central's 'The Opposition with Jordan Klepper,' and has also appeared on ‘Broad City,’ ‘The Detour,’ ‘Crashing,’ 'The National Lampoon Radio Hour,' and Funny or Die’s ‘Jared and Ivanka,’ a series he also cowrote. He lives in New York City.

Other Works by Aaron Jackson

Our Hearts Will Burn Us Down

Help for the Haunted