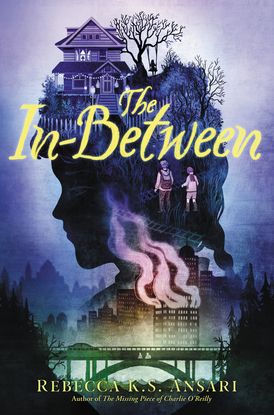 A dark, twisty adventure about the forgotten among us and what it means to be seen, from the acclaimed author of The Missing Piece of Charlie O’Reilly.

Cooper is lost. Ever since his father left their family three years ago, he has become distant from his friends, constantly annoyed by his little sister, Jess, and completely fed up with the pale, creepy rich girl who moved in next door and won’t stop staring at him. So when Cooper learns of an unsolved mystery his sister has discovered online, he welcomes the distraction.

It’s the tale of a deadly train crash that occurred a hundred years ago, in which one young boy among the dead was never identified. The only distinguishing mark on him was a strange insignia on his suit coat, a symbol no one had seen before or since. Jess is fascinated by the mystery of the unknown child— because she’s seen the insignia. It’s the symbol of the jacket of the girl next door.

As they uncover more information— and mounting evidence of the girl’s seemingly impossible connection to the tragedy—Cooper and Jess begin to wonder if a similar disaster could be heading to their hometown.

"An intriguing mystery and a heartwarming tale of friendship wrapped inside a ghost story, this is a sure hit. With a memorable twist, this title is too good to be missed. Perfect for fans of Mary Downing Hahn and “Goosebumps” grads looking for something a little spookier." — School Library Journal (starred review)

"The supernatural storyline’s fear is juxtaposed with Cooper’s inner turmoil. The increasingly dangerous supernatural mystery (with an exceptionally well-described climax) is intriguing enough to make this a page-turner, but the characters and their powerfully thematic emotional journeys are what will make the book linger. Haunting, engrossing, and thoughtful."
— Kirkus Reviews (starred review)

"With this eerie, expertly crafted tale, Ansari explores grief, loss, and trauma—both personal and familial. Heartfelt and genuine, this one will speak to readers who feel invisible or overlooked." — Publishers Weekly (starred review)

"The pace is carefully measured, and there’s plenty of time for readers to sort out the clues and solve elements of the mystery themselves before all is revealed. Ansari never undercuts Cooper and Jess’ loss, either, instead offering an understanding that grief is not a limited resource." — Bulletin of the Center for Children’s Books 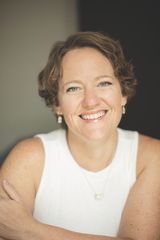 Rebecca K. S. Ansari is a former ER doctor. The Missing Piece of Charlie O’Reilly is her first book. She lives in Minnesota with her husband, four sons, and some seriously massive pets. You can visit her online at www.rebeccaansari.com.

Other Works by Rebecca K.S. Ansari

The Missing Piece of Charlie O'Reilly