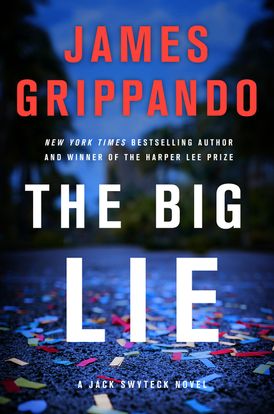 As the Electoral College battle for the White House lands in a Florida courtroom, Miami attorney Jack Swyteck has never felt farther from the truth, fighting for a “faithless elector,” caught between a corrupt president and his manipulative opponent—with each revelation more explosive than the next.

The country is reeling. For the sixth time in American history, the winner of the popular vote will not occupy the Oval Office. President Malcolm MacLeod, the Machiavellian incumbent, was spared from impeachment only because his political foes were certain they would oust him at the ballot box. Now, he appears to have secured a second term, thanks to a narrow victory in the Electoral College.

His opponent, Florida Senator Evan Stahl, saw his campaign rocked by allegations of an extramarital affair—with another man. Despite the salacious headline-making scandal and the surrounding media frenzy, most Americans chose Stahl to lead the politically polarized nation. But Stahl is refusing to concede. Backed by millions of supporters, he looks to individual members of the Electoral College to cross party lines.

Gun lobbyist Charlotte Holmes is one of Floridas twenty-nine electors who is bound by law and by oath to cast her vote for MacLeod, who won Florida by the thinnest of margins. When Charlotte announces that she intends to vote her conscience and throw the Electoral College to Stahl, the president and his Florida machine haul her into court on felony charges—which, for some, isn’t nearly punishment enough.

Miami attorney Jack Swyteck is going to use every legal maneuver he can to keep his new client free—and alive. MacLeod’s hand-picked prosecutor is determined to prove Charlotte is unfit to cast a vote. Dredging through her past, he’s looking for skeletons to humiliate and discredit her, while others with far deadlier intentions have begun acting on their threats.

As the pressure mounts, Charlotte and Jack must decide how far they’ll go to stand their ground in the stand-your-ground state.

“Perhaps a sign of Grippando’s brilliance is that a reader’s thoughts do not necessarily remain within the confines of the plot…a novel that makes your hair stand on end.” - Washington Independent Review of Books

“Parallels the current political climate …. A ruthless candidate might use this engrossing and scary book as a how-to manual.” - Library Journal

“Scintillating and seductive . . . The Big Lie is one of those rare political thrillers destined to join the likes of Fletcher Kneble’s Seven Days in May and Allen Drury’s Advise and Consent in becoming a modern-day classic.” - Providence Journal 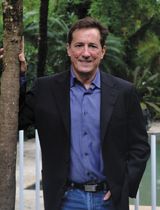