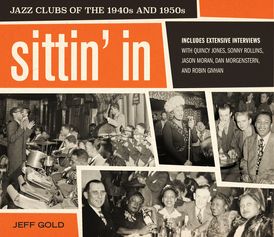 A rare collection of more than 200 full-color and black-and-white souvenir photographs and memorabilia that bring to life the renowned jazz nightclubs of the 1940s and 1950s, compiled by Grammy Award-winning record executive and music historian Jeff Gold and featuring exclusive interviews with Quincy Jones, Sonny Rollins, Robin Givhan, Jason Moran, and Dan Morgenstern.

In the two decades before the Civil Rights movement, jazz nightclubs were among the first places that opened their doors to both Black and white performers and club goers in Jim Crow America. In this extraordinary collection, Jeff Gold looks back at this explosive moment in the history of Jazz and American culture, and the spaces at the center of artistic and social change.

Sittin’ In is a visual history of jazz clubs during these crucial decades when some of the greatest names in in the genre—Billie Holiday, Charlie Parker, Ella Fitzgerald, Dizzy Gillespie, Miles Davis, Louis Armstrong, Oscar Peterson, and many others—were headlining acts across the country. In many of the clubs, Black and white musicians played together and more significantly, people of all races gathered together to enjoy an evening’s entertainment. House photographers roamed the floor and for a dollar, took picture of patrons that were developed on site and could be taken home in a keepsake folder with the club’s name and logo.

Sittin’ In tells the story of the most popular club in these cities through striking images, first-hand anecdotes, true tales about the musicians who performed their unforgettable shows, notes on important music recorded live there, and more. All of this is supplemented by colorful club memorabilia, including posters, handbills, menus, branded matchbooks, and more. Inside you’ll also find exclusive, in-depth interviews conducted specifically for this book with the legendary Quincy Jones; jazz great tenor saxophonist Sonny Rollins; Pulitzer Prize-winning fashion critic Robin Givhan; jazz musician and creative director of the Kennedy Center, Jason Moran; and jazz critic Dan Morgenstern.

This collection of ephemeral snapshots tells the story of an era that helped transform American life, beginning the move from traditional Dixieland jazz to bebop, from conservatism to the push for personal freedom.

A great book…A story that needs to be told! - Sonny Rollins

Unprecedented...explores a seminal period in jazz culture, including how [jazz clubs] broke racial barriers...an incredible trove of unseen photos and memorabilia as well as exclusive interviews with Sonny Rollins, Quincy Jones and Dan Morgenstern, among others. - JAZZIZ Magazine

Sending big-time props to my brother, Jeff Gold, on the release of his new book, Sittin' In—the first book exclusively dedicated to the story of America’s jazz clubs...This book covers the incredibly important role jazz played in integration, as jazz clubs were among some of the first places that allowed integration during the Jim Crow era, on stages & in the audiences. It was never about the color of your skin...jazz was & is simply about, “Can you play, sucka!” & that’s exactly what this book is about!  - Quincy Jones

Sittin’ In is fabulous: well thought out, beautifully put together, and artfully done with superb taste. A treasure. - Herb Alpert

A beautiful book...highly, highly recommended. - Tell Me Everything with John Fugelsang/SiriusXM

Sittin’ In is in a word—exquisite. Meticulously laid out and extensively researched, it’s a deep dive into this amazing period of American cultural history.  These venues and this amazing music were among the best vehicles for integration the country ever had. This was an America really making a go of bringing people together. It wasn’t legislation. It was Jazz. And it worked. We are incredibly lucky to have Sittin’ In. The musicians in these pages made some of the most sublime music you will ever hear. Seek it out if you have not already. - Henry Rollins

Without a doubt a MAJOR contribution to jazz history in so many ways. An explosion of never-before-seen images, an expert history of the music it celebrates, and lengthy and superb interviews with a killer-row of musicians and scholars. Truly a must-have for anyone for whom swing is the thing. - Loren Schoenberg, Former Executive Director/Current Senior Scholar of the National Jazz Museum in Harlem

Any research project of this depth and breadth deserves celebration, especially when it focuses on places and ideas that are usually dismissed in most jazz histories and studies. So valuable, and so browsable—to use a book industry term, one I have affection for, that basically says, "jump in anywhere and carry on from there..." That's this book. With inspired, insightful interviews with Quincy Jones, Sonny Rollins, Jason Moran, and others. - Ashley Kahn, author of Kind of Blue: The Making of the Miles Davis Masterpiece, A Love Supreme: The Story of John Coltrane's Signature Album, and The House That Trane Built: The Story of Impulse Records

This book is a revelation. In these unique images of mid-century jazz clubs, the camera is turned on the audience—showing the hidden history of racial integration. - Jon Savage, author of England's Dreaming: Sex Pistols and Punk Rock; The Searing Light, the Sun and Everything Else: Joy Division, 1966: The Year the Decade Exploded; and Teenage: The Creation of Youth Culture

You definitely feel like you’re back in the era when looking at these photos...just fascinating. - Press Play with Madeline Brand/KCRW Los Angeles

This marvelous book is a must tor anyone interested not only in the history of jazz and American city culture but also tor it's wondrous design...Take the trip! It just might blow your mind... - Nels Cline/Wilco and The Nels Cline Singers

Book of the year! Easily!  - Johan Kugelberg, author of The Velvet Underground: New York Art and Punk: An Aesthetic

Sittin' In is a book that has a lot to say, with or without words…It champions and shines a long overdue light on a golden era of our society. Jazz is the backdrop and, as it still does today, feeds the very soul. But here we take a closer look and see that the jazz culture was, and is, a powerful spirit of our humanity. - All About Jazz

This wondrous book is most appreciated...The real joy here is just looking at all of the photos of “regular” jazz fans sitting in booths, just hanging out and enjoying themselves in clubs. Souvenir photos of people gathering in booths, as well musicians on stage reveal a culture and worldview of life’s simpler pleasures. The writings, as well as the wonderful photos and illustrations all seem to shout out “this is what you are missing in life” and makes me pray for a return of people putting the real meaning into the term “jazz club”. - Jazz Weekly

Serious jazz fans should have this book…A sharp, clear explanation of a long-gone era of musical and social exploration. - The Arts Fuse

...a swinging book, with amazing interviews and pictures about jazz clubs. You really might want to check it out.  - Penn Jillette

This handsome book looks back not only to the distant years of clubs long gone, but to a seemingly equally distant time...when we could gather freely with one another, relax, and enjoy the best live music in the land. - Wall Street Journal

...offers an unprecedented look inside the jazz clubs from this era across the United States. Drawing on an incredible trove of never-before-seen photos and memorabilia, [Gold] gives us a glimpse at a world that was rich in culture, music, dining, fashion, and more.  - LA Weekly

...serves as a welcome escape for those yearning to see live music again.  - Jewish Insider

This is a terrific book about the history of jazz clubs and the great artists who played them. Highly recommend!  - Billy Crystal 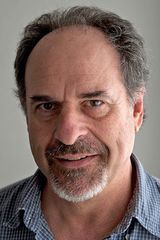 Other Works by Jeff Gold