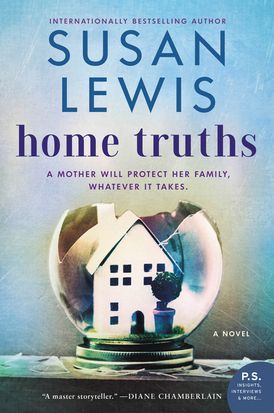 Angie Watts once had what seemed like an idyllic life: a house in a small town in the English countryside with her beloved husband Steve and their three adored children. She never could have predicted how her life would one day turn out.

When her oldest son, Liam, grows from a sweet-natured boy to a troubled teen, Angie’s world begins to crumble. Expelled from school and disappearing from home for days on end, Liam falls in with a notorious local gang. After arriving home one day to find their 5-year-old son with a syringe Liam has left lying around, Steve makes a rash decision that will have lasting repercussions on their family.

Two years later, Steve is gone, Liam is missing, and with money running out, Angie and her other two children are on the brink of eviction. Then Angie is called into the police station and informed that there’s been a murder—and Liam is a suspect. As Angie’s desperation to save her family leads her to take drastic measures, her daughter secretly devises her own plan to save the family…which could put everyone in danger.

Alternating between Angie’s blissful life as a young mother and her present-day nightmare, Home Truths is a searing exploration of the lengths one mother will go to survive and protect her children.

“Heartbreaking, but ultimately hopeful, with a protagonist you can’t help but relate to.” — Woman's Own (UK)

“This hard-hitting story lays bare the problems of drug-taking, internet grooming, and homelessness, but is saved from bleakness by the strength and warmth of the characters.” — My Weekly (UK)

“Susan Lewis has a gift for telling warm family stories that also take you by surprise. One Minute Later will make you savor every second.” — Jane Corry, bestselling author of My Husband’s Wife

“One Minute Later is an absorbing look at a young woman’s journey from health and good fortune to a life she never imagined. This page-turner challenges readers to evaluate their own lives and choices, and what really matters most.” — Emilie Richards, USA Today bestselling author of A Family of Strangers 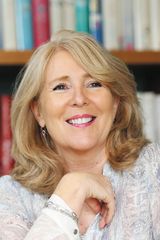 Susan Lewis is the internationally bestselling author of more than forty novels as well as two memoirs. Born in England and having resided in France and the United States for many years, she now lives in Gloucestershire, England.

Other Works by Susan Lewis

I Have Something to Tell You

My Lies, Your Lies