His Lessons on Love 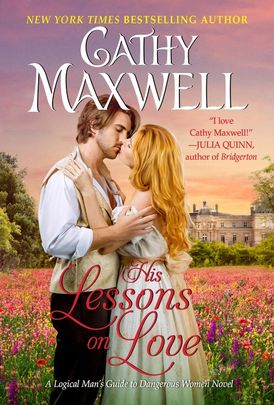 His Lessons on Love

Lesson #1: A man, even titled and handsome, cannot be careless forever.

The Earl of Marsden—better known as Mars to all—has lived his life by his own rules…until he is presented with a very big problem in a very tiny package—a baby girl, his daughter cast off by his ex-mistress. Mars won’t let his child be cast adrift, except he doesn’t know the first thing about babies.

Panicking, he turns to a woman for help. Not just any woman, but Clarissa Taylor, village spinster, matron-in-training, and Mars’s greatest critic. Still, who better to tend a motherless child than a woman who was abandoned as a babe herself?

Lesson #2: Life always plays the upper hand—especially when it comes to love.

Clarissa desperately wishes to not to be beholden to anyone. She has spent a lifetime being pitied by the village. Her plan is simple—to use what the intolerable earl will pay her to become her own woman. It all sounds so straightforward until the threat of scandal sends her and the one man she can’t abide toward . . . marriage?

Mars and Clarissa are about to learn the greatest lesson of all—that sparks always fly when the iron is hot.

“Maxwell builds a lovely world, imbuing the varied inhabitants of Maidenshop with distinctive personalities while insightfully illustrating the capacity of women’s communities to heal and empower. A sweet romance enlivened by a richly detailed and warm setting.”   — Kirkus Reviews on Her First Desire

"With the latest exemplary addition to her Logical Man’s Guide to Dangerous Women series, Maxwell (His Secret Mistress, 2020) delivers a fabulously fun battle of the sexes that brilliantly showcases her flair for hilarious yet heartfelt storytelling and insightful characterization." — Booklist on Her First Desire

"Maxwell (If Ever I Should Love You) provides a brave heroine whom readers will root for in love and life in this first book of a new series...readers looking for an unconventional Regency romance should give this a try." — Library Journal on His Secret Mistress

“With likable and engaging characters - whose repartee will have readers laughing out loud - this fast-paced romance has all the elements readers savor. Maxwell hits the mark once more.” — RT Book Reviews (top pick) on His Secret Mistress 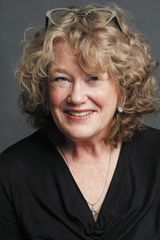 Cathy Maxwell spends hours in front of her computer pondering the question, “Why do people fall in love?” It remains for her the great mystery of life and the secret to happiness. Contact Cathy at [email protected] or the old-fashioned way at PO Box 484, Buda, TX. 78610.

Other Works by Cathy Maxwell

The Fairest of Them All

The Match of the Century

The Bride Says No