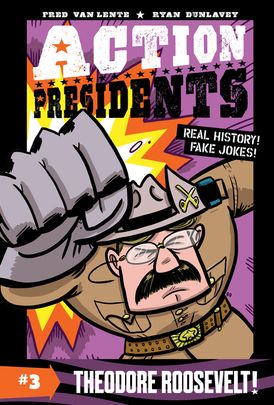 U.S. history comes to life like never before in this full-color graphic novel! We all know that Theodore Roosevelt protected the environment and was the cousin of President Franklin Roosevelt. But did you also know that he was the inspiration for the teddy bear, wrote adventure books, and once gave a speech with a gunshot wound in his chest?