Love in the Blitz 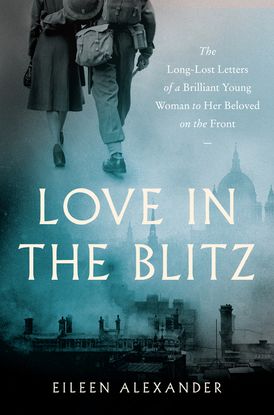 Love in the Blitz

But as Eileen and Gershon’s relationship flourishes from friendship and admiration into passion and love, the tensions between Germany, Russia, and the rest of Europe reach a crescendo. When war is declared, Gershon heads for Cairo and Eileen forgoes her studies to work in the Air Ministry.

As cinematic as Atonement, written with the intimacy of the Neapolitan quartet, Love in the Blitz is an extraordinary glimpse of life in London during World War II and an illuminating portrait of an ordinary young woman trying to carve a place for herself in a time of uncertainty. As the Luftwaffe begins its bombardment of England, Eileen, like her fellow Britons, carries on while her loved ones are called up to fight, some never to return home.

Written over the course of the conflict, Eileen’s letters provide a vivid and personal glimpse of this historic era. Yet throughout the turmoil and bloodshed, one thing remains constant: her beloved Gershon, who remains a source of strength and support, even after he, too, joins the fighting. Though his letters have been lost to time, the bolstering force of his love for Eileen is illuminated in her responses to him.

Equal parts heartrending and heartwarming, Love in the Blitz is a timeless romance and a deeply personal story of life and resilience amid the violence and terror of war.

“It has been a long time since I enjoyed a book as much as I did Love in the Blitz. Of the hundreds of books about World War II that I’ve read, this is one of the best. . . . Her letters tell a rich, multilayered story . . . . Alexander is a lovely writer, reflecting her readings of great English literature, especially Shakespeare and Donne, but also Samuel Johnson, Daniel Defoe, C. S. Lewis and Jane Austen. Imagine how that last novelist might have witnessed the Blitz, and you have a sense of this wonderful book.” - New York Times Book Review

"Love in the Blitz provides an enchanting insight into a young woman’s life in wartime Britain via letters sent by the 'blue-stocking' Eileen Alexander to friends, family, and most importantly, the love of her life." - Jacqueline Winspear, New York Times bestselling author of the Maisie Dobbs novels

“A unique and vivid account of both love and war . . . . The book reminds us of the lost art of letter-writing, which first was replaced by email and now by the even hastier and more forgettable text. Alexander is a master of the art, and her letters are a treasure—artful, eloquent, deeply informed, emotionally alive and full of life.” - Jewish Journal

“Deftly edited by McGowan and with informative chapter introductions by Crane, the letters offer a moving, sharply etched chronicle of wartime London . . . . Alexander’s wit and intelligence shine through reports of her work, their friends’ romantic entanglements, her reflections on religion, her sexual longing, and tidbits of gossip . . . . A rare, vivid perspective on the impact of war.” - Kirkus Reviews

“Alexander’s adoration for Gershon shines through in every letter, and so do her observations on the opinions and foibles of the people around her. You’ll laugh out loud at unbuttoned descriptions of friends, family, and coworkers while learning more than you’d expect about life in London leading up and during to World War II. This treasure trove of love letters, cultural history, and memoir should make a wonderful addition to all World War II collections.” - Library Journal (starred review)

"The letters that Alexander devotes to the blitz are both harrowing and revelatory. Perhaps no nation is as prone to mythologising its past than Britain – catastrophic failures become undying endorsements of pluck and sangfroid. Alexander reconnects feet firmly to the ground and allows the reader to contemplate the blunt reality of what life was actually like." - The Guardian

“This collection of letters written by literary translator Alexander to her future husband, Gershon Ellenbogen, between July 1939 and March 1946 proves a remarkable aggregate of public and personal history. . . . Any reader with an interest in cultural history or a love of romance will find this a book to savor.” - Publisher's Weekly (starred review)

“These remarkable letters, worldly yet innocent, full of youthful buoyancy and romantic longing, take us behind the myths of wartime London to show us daily life as it was actually being lived. Gossipy and amusingly observant, this is history at its most personal.” - Joseph Kanon, New York Times bestselling author of Istanbul Passage and The Good German

"An almost novel-like portrayal of the heart of a young woman. It is noteworthy that these letters might have easily been lost to the world, and with them, a small slice of British Jewish history. They were fortuitously found at a garage sale, where the price for a huge stack of papers including the letters was less than a hundred dollars. Their worth to the reader, on the other hand, may be incalculable.” - Jewish Book Council 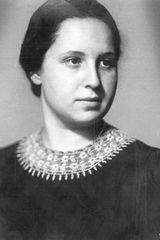 Eileen Alexander was born in Cairo and grew up in a cosmopolitan Jewish family before moving to Cambridge as a student. She graduated from Girton College, Cambridge, with a first-class degree in English in 1939 and worked during World War II for the civil service in the Air Ministry. Eileen went on to be a teacher, writer, and translator,  including translating some of Georges Simenon’s works.

Other Works by Eileen Alexander