Hold Fast Through the Fire 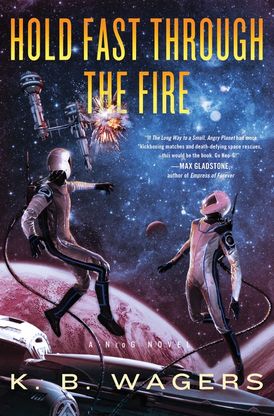 Hold Fast Through the Fire

The Near-Earth Orbital Guard (Neo-G)—inspired by the real-life mission of the Coast Guard—patrols and protects the solar system. Now the crew of Zuma’s Ghost must contend with personnel changes and a powerful cabal hellbent on dominating the trade lanes in this fast-paced, action-packed follow-up to A Pale Light in the Black.

Zuma’s Ghost has won the Boarding Games for the second straight year. The crew—led by the unparalleled ability of Jenks in the cage, the brilliant pairing of Ma and Max in the pilot seats, the technical savvy of Sapphi, and the sword skills of Tamago and Rosa—has all come together to form an unstoppable team. Until it all comes apart.

Their commander and Master Chief are both retiring. Which means Jenks is getting promoted, a new commander is joining them, and a fresh-faced spacer is arriving to shake up their perfect dynamics. And while not being able to threepeat is on their minds, the more important thing is how they’re going to fulfill their mission in the black.

After a plea deal transforms a twenty-year ore-mining sentence into NeoG service, Spacer Chae Ho-ki earns a spot on the team. But there’s more to Chae that the crew doesn’t know, and they must hide a secret that could endanger everyone they love—as well as their new teammates—if it got out. At the same time, a seemingly untouchable coalition is attempting to take over trade with the Trappist colonies and start a war with the NeoG. When the crew of Zuma’s Ghost gets involved, they end up as targets of this ruthless enemy.

"Although the storyline is powered by an impressively intricate plot that features mystery, intrigue, and nonstop action, it’s the deeply developed characters and the dynamic relationships among them that fuel this narrative. Wagers creates a cast of characters that are not only authentic, but endearingly flawed...Top-notch character-driven science fiction." - Kirkus Reviews (starred review)

“If Wagers didn’t serve, they certainly got the skinny from somebody who lived it and it shows. They spin a captivating sea-story in space. As an ex-Coast Guardsman, I appreciate that what the crew lacks in gear, they make up for in heart. Semper Paratus.” - Nathan Lowell, creator of the Golden Age of the Solar Clipper, on A Pale Light in the Black

“Every character is someone readers will enjoy spending time with, and exploring the characters’ relationships is the heart of the tale. […] Wagers’ first book in the NeoG series is an unexpected and refreshing twist on military science fiction.”  - Library Journal on A Pale Light in the Black

“Wagers delivers a space adventure that’s a found family story that’s an interstellar conspiracy story that’s... it just keeps going! Fierce, rollicking, kind, intimate and vast. If A Long Way to a Small, Angry Planet had more kickboxing matches and death-defying space rescues, this would be the book. Go Neo-G!” - Max Gladstone, author of Empress of Forever, on A Pale Light in the Black

“Wagers kicks off the NeoG series with this fun, feel-good space opera. This effortlessly entertaining novel is sure to have readers coming back for the next installment.”

- Publishers Weekly on A Pale Light in the Black

- Gareth L. Powell, author of Embers of War, on A Pale Light in the Black 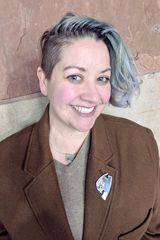 K.B. Wagers is the author of the Indranan War trilogy as well as There Before the Chaos, the start of the Farian War trilogy with Orbit Books. They hold a Bachelor’s degree in Russian Studies and a second-degree blackbelt in Shaolin Kung Fu. A native of Colorado, K.B. lives at the base of the Rocky Mountains with their partner and a crew of recalcitrant cats. In between books, they can be found attempting to learn Spanish, dying in video games, dancing to music, and scribbling new ideas in their bullet journal.

Other Works by K. B. Wagers

A Pale Light in the Black