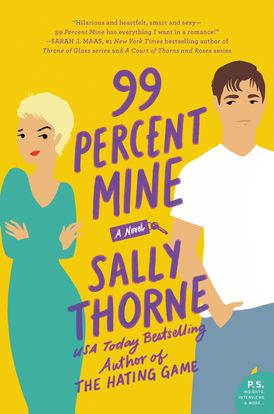 Readers and critics alike raved over USA Today bestselling author Sally Thorne’s smash hit debut, The Hating Game, which has sold in over 20 countries. Now she’s back with an unforgettable romantic comedy about a woman who finally has a shot at her long time crush—if she dares.

Crush (n.): a strong and often short-lived infatuation, particularly for someone beyond your reach…

Darcy Barrett has undertaken a global survey of men. She’s travelled the world, and can categorically say that no one measures up to Tom Valeska, whose only flaw is that Darcy’s twin brother Jamie saw him first and claimed him forever as his best friend. Despite Darcy’s best efforts, Tom’s off limits and loyal to her brother, 99%. That’s the problem with finding her dream man at age eight and peaking in her photography career at age twenty—ever since, she’s had to learn to settle for good enough.

When Darcy and Jamie inherit a tumble-down cottage from their grandmother, they’re left with strict instructions to bring it back to its former glory and sell the property. Darcy plans to be in an aisle seat halfway across the ocean as soon as the renovations start, but before she can cut and run, she finds a familiar face on her porch: house-flipper extraordinaire Tom’s arrived, he’s bearing power tools, and he’s single for the first time in almost a decade.

Suddenly Darcy’s considering sticking around to make sure her twin doesn’t ruin the cottage’s inherent magic with his penchant for grey and chrome. She’s definitely not staying because of her new business partner’s tight t-shirts, or that perfect face that's inspiring her to pick up her camera again. Soon sparks are flying—and it’s not the faulty wiring. It turns out one percent of Tom’s heart might not be enough for Darcy anymore. This time around, she’s switching things up. She’s going to make Tom Valeska 99 percent hers.

This next hilarious romance includes a special PS section with two Happily Ever Afters—one for this novel featuring Darcy and Tom and the other, an epilogue featuring fan favorites Lucy Hutton and Josh Templeman from The Hating Game!

“Hilarious and heartfelt, smart and sexy--99 Percent Mine has everything I want in a romance! Sally Thorne has quickly become one of my all-time favorite writers, and I can’t wait to see what she writes next!” - Sarah J. Maas, #1 New York Times bestselling author of the Throne of Glass series and A Court of Thorns and Roses series

“Thorne pours just the right amount of boy next door meets rebel girl into this slow-burn romance…[Darcy and Tom’s] sexual chemistry is hard to ignore, and Darcy’s snarky comebacks are the highlight of this novel…” - Publishers Weekly

“Thorne (The Hating Game, 2016) has crafted a romance that is equal parts funny, heartfelt, and steamy... Hand this to fans of Sophie Kinsella and Christina Lauren, who will savor this compulsively readable romantic comedy.” - Booklist 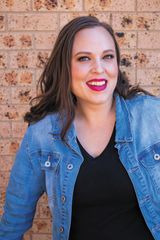 Sally Thorne is the USA Today-bestselling author of The Hating Game. She spends her days climbing into fictional worlds of her own creation. She lives in Canberra, Australia with her husband in a house filled with vintage toys, too many cushions, a haunted dollhouse and the world’s sweetest pug.

Other Works by Sally Thorne