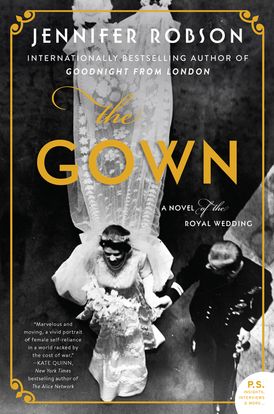 One of the most anticipated reads from InStyle, HelloGiggles, Hypable, Bookbub, and Bookriot!

One of Real Simple's Best Historical Fiction novels of the year!

“The Gown is marvelous and moving, a vivid portrait of female self-reliance in a world racked by the cost of war.”--Kate Quinn, New York Times bestselling author of The Alice Network

From the internationally bestselling author of Somewhere in France comes an enthralling historical novel about one of the most famous wedding dresses of the twentieth century—Queen Elizabeth’s wedding gown—and the fascinating women who made it.

“Millions will welcome this joyous event as a flash of color on the long road we have to travel.”

London, 1947: Besieged by the harshest winter in living memory, burdened by onerous shortages and rationing, the people of postwar Britain are enduring lives of quiet desperation despite their nation’s recent victory. Among them are Ann Hughes and Miriam Dassin, embroiderers at the famed Mayfair fashion house of Norman Hartnell. Together they forge an unlikely friendship, but their nascent hopes for a brighter future are tested when they are chosen for a once-in-a-lifetime honor: taking part in the creation of Princess Elizabeth’s wedding gown.

Toronto, 2016: More than half a century later, Heather Mackenzie seeks to unravel the mystery of a set of embroidered flowers, a legacy from her late grandmother. How did her beloved Nan, a woman who never spoke of her old life in Britain, come to possess the priceless embroideries that so closely resemble the motifs on the stunning gown worn by Queen Elizabeth II at her wedding almost seventy years before? And what was her Nan’s connection to the celebrated textile artist and holocaust survivor Miriam Dassin?

With The Gown, Jennifer Robson takes us inside the workrooms where one of the most famous wedding gowns in history was created. Balancing behind-the-scenes details with a sweeping portrait of a society left reeling by the calamitous costs of victory, she introduces readers to three unforgettable heroines, their points of view alternating and intersecting throughout its pages, whose lives are woven together by the pain of survival, the bonds of friendship, and the redemptive power of love.

“For fans of “The Crown,” looking for history served up as intimate drama, and those seeking another angle on royal lives, “The Gown” seems likely to dazzle and delight. - Washington Post

“Jennifer Robson embroiders life, friendship, and hope into the somber gray world of post-war London... The Gown is marvelous and moving, a vivid portrait of female self-reliance in a world racked by the cost of war.” - Kate Quinn, New York Times bestselling author of The Alice Network

“In The Gown, Jennifer Robson illuminates with her signature meticulous historical detail and sure voice the story behind Queen Elizabeth’s wedding dress... an unforgettable story of friendship, hardship and hope.  Robson has managed to craft a story that is personal and universal, timely and timeless. The Gown soars!” - Pam Jenoff, New York Times bestselling author of The Orphan’s Tale

“A moving story about the power of female friendship and renewal in the face of adversity.  Like the good luck sprig of heather hidden amid the embroidery on Princess Elizabeth’s wedding dress, this story promises secrets and lives that bloom in unlikely ways.  Perfect for fans of The Crown!” - Lauren Willig, author of The English Wife

“A story of friendship, family bonds, and courage, The Gown is the ideal read for fans of historical fiction and royal watchers alike!”
- Brenda Janowitz, author of The Dinner Party

“Told through the eyes of three compelling women, The Gown is a heartwarming story of friendship, resilience, and the power of heirlooms to connect people through generations, sometimes in the most unexpected ways.”
- Kristina McMorris, New York Times bestselling author of The Edge of Lost and Sold on a Monday

“Robson deftly weaves issues of class, trauma, romance, and female friendship with satisfying details of Ann and Miriam’s craft. This unique take on the royal wedding will be an easy sell to fans of Netflix’s The Crown and a sure bet for readers of women-centered historical fiction.” - Booklist (starred review)

“Robson vividly brings to life these three women’s struggles. Historical details about fabric, embroidery, and the royal family are well incorporated into their stories, with light romance rounding out this charming work of historical fiction.”   - Library Journal

“Robson’s novel shifts deftly between... Toronto to London in 2016... giving meticulous attention to the historical detail of post–World War II London. A fascinating glimpse into the world of design, the healing power of art, and the importance of women’s friendships.”
- Kirkus Reviews

“A celebration of strength, resilience, and friendship, The Gown transports readers as Robson offers a richly detailed and meticulously researched glimpse of daily life in post-war Britain. An enchanting must-read for historical fiction fans!” - Chanel Cleeton, author of Next Year in Havana

“Jennifer Robson’s novel is a behind-the-scenes look at the creation of Elizabeth’s gorgeous wedding gown and its talented embroiderers. It tells of three generations of women overcoming adversity, and honors the strengthening power of friendship and art. It’s a charming and romantic novel with style and substance.” - Christian Science Monitor 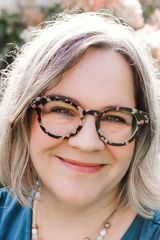 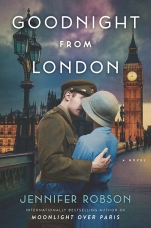