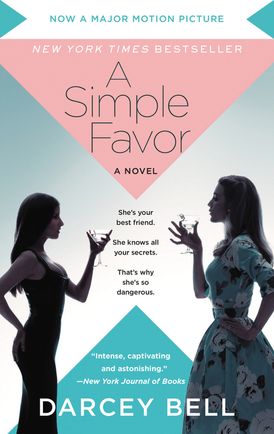 Soon to be a major motion picture from Lionsgate starring Anna Kendrick, Blake Lively and Henry Golding, and directed by Paul Feig

She knows all your secrets.

That’s why she’s so dangerous.

A Simple Favor is a remarkable tale of psychological suspense—a clever and twisting free-fall of a ride filled with betrayals and reversals, twists and turns, secrets and revelations, love and loyalty, murder and revenge. Darcey Bell masterfully ratchets up the tension in a taut, unsettling, and completely absorbing story that holds you in its grip until the final page.

“An intense, captivating, and astonishing thriller ending in an unforeseen and surprise ending; the premise: Be careful who you trust.” - New York Journal of Books

“Debut-novelist Bell ramps up suspense with authority in this domestic thriller, in which actions seem as inevitable as they are chilling. The audience that made GONE GIRL a publishing sensation is likely to take to this one, too.” - Booklist (starred review)

“No one and nothing is what it seems in this page-turner.” - Cleveland Plain Dealer

“This is a psychological thriller that is as hip and relevant as it is gripping. Darcey Bell somehow manages to satirize, hilariously, the ghastly self-righteousness of the online ‘Mommy Bloggers’ while at the same time pulling off a suburban mystery that ends with a twist that is as horridly satisfying as it is completely unexpected. I couldn’t stop reading about these two truly terrifying moms!” - Plum Sykes, author of BERGDORF BLONDES

“What a wonderfully absorbing, unremittingly intense, endlessly surprising novel Darcey Bell has written. Her characters—in the worst way—never know what’s going to happen next and nor—in the best way—does her reader. A SIMPLE FAVOR yields very complicated pleasures.” - Margot Livesey, author of MERCURY and THE FLIGHT OF GEMMA HARDY

“A Simple Favor by Darcey Bell is a highly recommended, twisty domestic thriller…My rating kept going up as I was reading. The ending was pitch-perfect.” - She Treads Softly 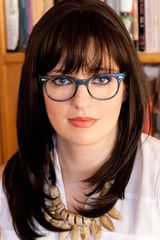