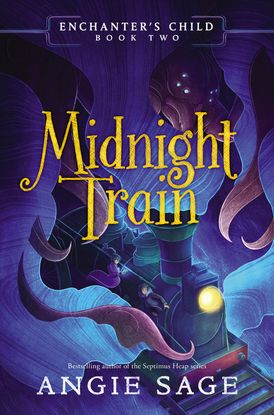 In the second magical volume of the Enchanter’s Child duology, the bestselling author of the Septimus Heap series, Angie Sage, crafts a stunning finale filled with humor, drama, and nonstop action, just right for fantasy-adventure lovers.

In the first book of the Enchanter’s Child duology, Alex discovered the truth: Not only does she possess magical powers but her father is Hagos RavenStarr, who was once the king’s Enchanter.

Alex is pursued by the fiendish Twilight Hauntings, monstrous Enchantments created because a prophecy foretold the king’s death at the hands of an Enchanter’s Child. The Twilight Hauntings are designed to rid the land of all Enchanters and their children, but Alex has other ideas. Why should she be forced to leave the place where she belongs?

So now Alex is on a mission to destroy the Twilight Hauntings. And to do so she must find the very thing that created them—a magical talisman called the Tau.

But where is it?

In her search for the Tau, Alex enlists the reluctant help of her father and a strange assortment of people along the way. As she travels, Alex hones her magical skills and learns that even family and friends can surprise her.

Praise for the first book in the Enchanter’s Child duology, Twilight Hauntings:

"Fans of fantasy and adventure will snap this up and eagerly await the sequel." —School Library Journal (starred review)

"Sage deftly crafts an endearing and familiar fantasy story, expertly characterizing distinct, extreme personalities. Fantasy fans will highly anticipate the next steps in Alex’s journey in the projected sequel of the Enchanter’s Child duology." —Bulletin of the Center for Children's Books

"Sage has built a fully realized world populated by intriguing characters and terrifying monsters. She skillfully builds tension using plot twists that include friendship and betrayal, good intentions and misunderstandings, fearsome attacks and daring escapes, and family dramas of various sorts. Fans of fantasy and adventure will snap this up and eagerly await the sequel. A first purchase." — School Library Journal (starred review)

"In this fast-paced fantasy, first in a duology, Sage (the Septimus Heap series) weaves an engaging tale of constant danger and capricious magic. Sage’s world is inventive and weird. Following multiple viewpoints . . . the overlapping, interweaving narrative allows for a panoramic experience with an almost madcap intensity." — Publishers Weekly

"[A] miscommunication-driven goose chase [that is] charming, if sometimes frustrating . . . to watch unfold. This duology opener will surely find fans among readers of Sage’s own popular Septimus Heap books, as well as Patrick Carman’s Land of Elyon series." — Booklist

"Sage deftly crafts an endearing and familiar fantasy story, expertly characterizing distinct, extreme personalities. Other appeals include the avoidance of genre stereotypes, age-appropriate horror, and wry humor through dramatic irony. Fantasy fans will highly anticipate the next steps in Alex’s journey in the projected sequel of the Enchanter’s Child duology." — Bulletin of the Center for Children’s Books 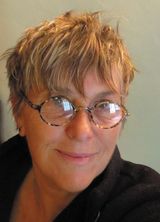 ANGIE SAGE was born in London and grew up in the Thames Valley, London, and Kent. She loves the sea, spooky old houses, and time traveling (the easy way, by reading history books). Angie has created many books for children, including the New York Times bestselling series Septimus Heap and Araminta Spookie. She lives in England. Visit her online at www.angiesage.com and on Twitter @AngieSageAuthor.

Other Works by Angie Sage