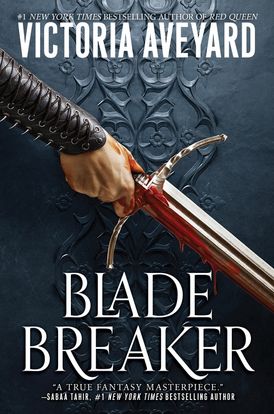 In the sequel to Victoria Aveyard’s New York Times bestselling Realm Breaker, a divided world must rally, an unstoppable enemy must be defeated, and the fate of the world rests on a blade’s edge.

Andry, a former squire, continues to fight for hope amid blood and chaos.

Dom, a grieving immortal, strives to fulfill a broken oath.

Sorasa, an outcast assassin, faces her past when it returns with sharpened teeth.

And Corayne, a pirate’s daughter with an ancient magic in her blood, steps closer to becoming the hero she’s destined to be.

Together they must assemble an army to face Queen Erida and Taristan’s wicked forces. But something deadly waits in the shadows, something that might consume the world before there’s any hope for victory.

"A fantasy fan's dream." —Roseanne A. Brown, New York Times bestselling author of A Song of Wraiths and Ruin

“The mix of politicking and real physical fighting makes this sequel gripping, while the relationships between the odd band of Companions and their enemies have depth… fans of Realm Breaker (2021) will clamor for it.” — Booklist

“Aveyard has nailed the balance of political maneuvering and action sequences, avoiding the middle book slump…Aveyard’s fans will be awaiting this sequel.” — School Library Journal

Praise for Realm Breaker:
"The entire time I was reading REALM BREAKER, I wanted one thing: for the book to never end. It is classic yet groundbreaking, romantic yet edgy, a rollicking adventure that carries you along at a relentless pace. A true fantasy masterpiece."  — Sabaa Tahir, #1 New York Times bestselling author of the An Ember in the Ashes series.