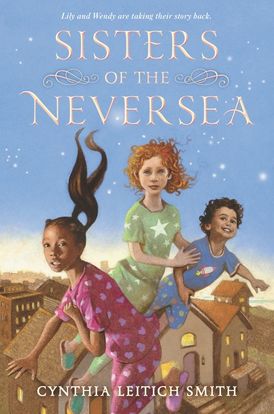 Lily and Wendy have been best friends since they became stepsisters. But with their feuding parents planning to spend the summer apart, what will become of their family—and their friendship?

Little do they know that a mysterious boy has been watching them from the oak tree outside their window. A boy who intends to take them away from home for good, to an island of wild animals, Merfolk, Fairies, and kidnapped children, to a sea of merfolk, pirates, and a giant crocodile.

A boy who calls himself Peter Pan.

In partnership with We Need Diverse Books

"While Smith wields Barrie’s storyteller voice, writing from a head-hopping omniscient voice that addresses readers directly, this is less a retelling and more a rebuttal, critiquing the problematic aspects of the classic—often quite overtly—and the consequences of such harmful influences are explored over the course of much action, adventure, and magical island exploration. An exciting journey in its own right and a necessary “recommend-along” for patrons seeking Barrie’s original." — Booklist (starred review)

"Short chapters, plenty of action, and the wry voice of the omniscient narrator help make this title, with its themes of gender equity, Native pride, and environmentalism, accessible. A refreshing adventure that breathes new life into a classic text." — Kirkus Reviews (starred review)

"A sharp, contemporary retelling of a classic that puts the focus on the Indigenous kids this round." — Publishers Weekly (starred review)

"Any reader looking for a brilliant, suspenseful fantasy adventure should find Sisters of the Neversea thrilling and tremendously fun." — Shelf Awareness (starred review)

"A wondrous story skillfully hung on the framework of Peter Pan, but Smith makes it all her delightful own. Full of fantastic storytelling, thrills, and humor." — School Library Journal (starred review)

"Ultimately, the novel offers redemption not just for Peter but for many of Neverland’s other characters as well. With expertly shifting perspectives, an oft-broken fourth wall and subtle but firm remedies to elements of the story best left in the past, Sisters of the Neversea is a welcome new addition to the legend of Peter Pan." — BookPage

"In her reimagining of a classic, Smith gives readers a decidedly modern look at the magic, adventure, and mystery of Barrie’s Peter Pan, without its derogatory depictions of Indigenous people... This smart and engaging middle-grade novel intertwines bits of Barrie’s language, some strong and resourceful Indigenous kids, and themes of the importance of family and the powerful bonds of sisterhood into an original and wholly satisfying bit of magic." — Horn Book Magazine 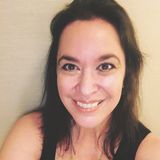 Cynthia Leitich Smith is the bestselling, acclaimed author of books for all ages, including Rain Is Not My Indian Name, Indian Shoes, Jingle Dancer, and Hearts Unbroken, which won the American Indian Library Association’s Youth Literature Award; she is also the anthologist of Ancestor Approved: Intertribal Stories for Kids. Most recently, she was named the 2021 NSK Neustadt Laureate. Cynthia is the author-curator of Heartdrum, a Native-focused imprint at HarperCollins Children’s Books, and serves as the Katherine Paterson Inaugural Endowed Chair on the faculty of the MFA program in Writing for Children and Young Adults at Vermont College of Fine Arts. She is a citizen of the Muscogee Nation and lives in Austin, Texas. You can visit Cynthia online at www.cynthialeitichsmith.com.

Other Works by Cynthia Leitich Smith

Rain Is Not My Indian Name