Apocalyptic Moments, from the Bronze Age Collapse to Nuclear Near Misses 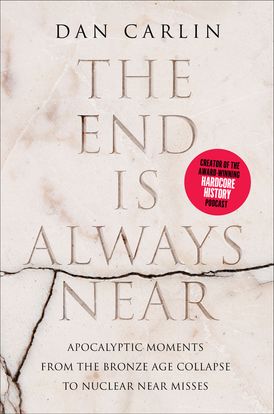 Apocalyptic Moments, from the Bronze Age Collapse to Nuclear Near Misses

The creator of the wildly popular award-winning podcast Hardcore History looks at some of the apocalyptic moments from the past as a way to frame the challenges of the future.

Do tough times create tougher people? Can humanity handle the power of its weapons without destroying itself? Will human technology or capabilities ever peak or regress? No one knows the answers to such questions, but no one asks them in a more interesting way than Dan Carlin.

In The End is Always Near, Dan Carlin looks at questions and historical events that force us to consider what sounds like fantasy; that we might suffer the same fate that all previous eras did. Will our world ever become a ruin for future archaeologists to dig up and explore? The questions themselves are both philosophical and like something out of The Twilight Zone.

Combining his trademark mix of storytelling, history and weirdness Dan Carlin connects the past and future in fascinating and colorful ways. At the same time the questions he asks us to consider involve the most important issue imaginable: human survival. From the collapse of the Bronze Age to the challenges of the nuclear era the issue has hung over humanity like a persistent Sword of Damocles.

Inspired by his podcast, The End is Always Near challenges the way we look at the past and ourselves. In this absorbing compendium, Carlin embarks on a whole new set of stories and major cliffhangers that will keep readers enthralled. Idiosyncratic and erudite, offbeat yet profound, The End is Always Near examines issues that are rarely presented, and makes the past immediately relevant to our very turbulent present.

&#8220A master of storytelling, Dan Carlin uses vivid detail and intuitive empathy to imagine what it was like to live through the end of the world....Carlin’s engaging and accessible style invites us to ponder the rise and fall of civilizations and ask where we are headed. The end of the world is not merely a catastrophe that waits for us down the road; it is a ghost that haunts the places we’ve already been.” - Mike Duncan, New York Times bestselling author of The Storm Before the Storm

“This is the perfect thought experiment for anyone who believes the world is doomed, if only to remind them of one essential reality: the world has always, always seemed doomed...It feels odd to classify a book about barbarians and flu pandemics and the morality of nuclear war as fun, but that’s the single best modifier for The End is Always Near. It’s an apocalyptic discotheque.” - Chuck Klosterman, author of But What If We’re Wrong?

“ Carlin serves as a notable example of… a person who can discuss issues deeply and idiosyncratically.”  - Los Angeles Times

“For podcast fanatics, each new release is akin to the Super Bowl….Host Dan Carlin, a former radio broadcaster, brings both passion and showmanship as he unspools historical narratives with a flair for tension and intensity.” - AV Club

“ Carlin puts the ‘hardcore’ in Hardcore History by focusing his narratives on the most violent and dramatic moments in human history, filling his show with colorful anecdotes that were most likely left out of your high school history class.” - Time

“Walking listeners through Operation Barbarossa, the German attempt to capture Moscow, the Battle of Stalingrad, and Germany’s ouster from the Soviet Union, Carlin is a wide-eyed, colorful guide to a dreadful story.”  - Slate 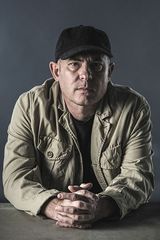 Pioneering podcaster and broadcast journalist Dan Carlin is the king of long-form audio content. With his <i>Hardcore History</i> episodes sometimes topping out at over six hours each, and using nothing but his voice, he entertains millions. The show was named the Best Classic Podcast in iTunes' Best of 2014 awards, Best Educational Podcast of 2015 from the Podcast Awards and the Best History podcast of 2018 by the iHeartRadio Podcast Awards. He lives in Eugene, Oregon.

Other Works by Dan Carlin