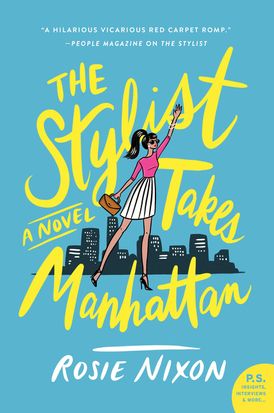 A Best Book of September from Liz and Liza and Women.com

Amber Green is back! The sequel to Rosie Nixon’s fun-filled debut follows Amber as she tries to see if she has what it takes to be a stylist in the fashion capital of the world: New York City.

She’ll take a bite out of the Big Apple’s fashion scene—if it doesn’t eat her alive first...

London stylist Amber Green has rebounded nicely since escaping the clutches of a Hollywood boss from hell. She’s got a dream job designing windows for Selfridge’s and her dream man in sweetly sexy boyfriend, Rob. In short, Amber loves her life and wouldn’t change a thing. But when Rob is hired to produce a reality series about the iconic Angel Wear lingerie fashion show, he breaks the news that he’s moving to New York…and invites Amber along on the adventure.

Ensconced in a Williamsburg sardine tin and in touch with a hotshot agent who advises she boost her social media presence, Amber hits Instagram hard, posting unintentional gossip fuel that culminates in pics of a mysterious new acquaintance who turns out to be a scandal unto himself. Between nightmarish gigs (baby photo shoots, anyone?) and styling a free-spirited starlet who seems allergic to clothing, Amber doesn’t know if she’s on the brink of a big break or a breakdown. That is, until a career-making opportunity falls into her lap—and with it, the truth about real friends vs. cheap knockoffs.

“A master of slapstick comedy, Nixon keeps the pace fast and the tone bubbly... Nixon deftly crafts a Cinderella story for the millennial age in which our heroine finds not only her prince, but also her true friends. Glossy and teeming with influencers and fashionistas, this is a charming novel.” - Kirkus Reviews

“No sophomore slump for Nixon; the second in the series is just as good as the first, and readers who fell for the first installment will do the same with this one. Bringing back her beloved characters and introducing new ones, Nixon depicts the glamorous and sometimes not-so-glamorous behind-the-scenes workings of New York City’s fashion industry, from botched baby photo shoots to secret “bag lady” drops.” - Library Journal 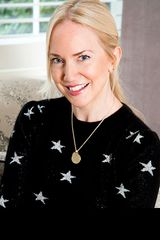 Rosie Nixon is an author and the editor in chief of the popular UK magazine HELLO!, where she has worked for the past ten years. She has a love of all things celebrity, royal and fashion-related. Rosie previously held senior positions at glossy women’s magazines including Grazia, Glamour (UK) and Red. In her career, she has been lucky enough to attend a multitude of glamorous award ceremonies, premieres, celebrity weddings and showbiz events all around the world. Ever discreet and protective of the stars she has worked with, Rosie is grateful for the experience that has undoubtedly enabled her to write her debut novel, The Stylist. She lives in London.

Other Works by Rosie Nixon