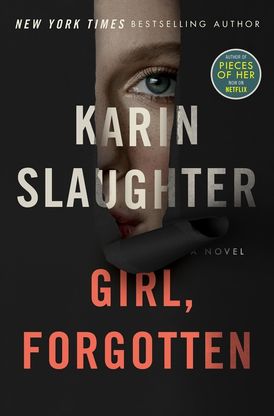 “It's Slaughter's prodigious gifts of characterization that make her stand out among thriller writers." — Washington Post

The electrifying new thriller from Karin Slaughter, the New York Times bestselling author of Pieces of Her!

Prom Night. Longbill Beach, 1982. Emily Vaughn dresses carefully for what's supposed to be the highlight of any high school career. But Emily has a secret. And by the end of the night, because of that secret, she will be dead.

Nearly forty years later, Andrea Oliver, newly qualified as a US Marshal, receives her first assignment: to go to Longbill Beach to protect a judge receiving death threats. But Andrea's real focus isn't the judge – it's Emily Vaughn. Ever since she first heard Emily's name a year ago, she's been haunted by her brutal death. Nobody was ever convicted – her friends closed ranks, her family shut themselves off in their grief, the town moved on – so the killer is still out there. But now Andrea has a chance to find out what really happened…

"[Slaughter] brings her trademark intensity to every relationship she lays bare. Like touching a live wire that continues across three generations." — Kirkus Reviews on Girl, Forgotten

"Layer upon layer of mystery, a great cast of characters, and some genuinely startling twists. This is Slaughter at her best." — Booklist (starred review) on Girl, Forgotten

“Slaughter skillfully leads readers on a thrilling journey into the past to solve the murder that a small town wants to forget, yet is still haunted by.”  — Library Journal (starred review) on Girl, Forgotten

“A propulsive, high-stakes thriller rife with intrigue and suspense.” — USA Today on Pieces of Her

“Annnnd she does it again. Slaughter’s latest high-stakes thriller follows a defense attorney whose dark past is coming back to haunt her—all thanks to a new client she’s called in to represent days before his trial. There’s deception, sabotage, violence, family secrets . . . all the stuff you could want from a fictional page-turner, really.” — theSkimm on False Witness

“Slaughter offers us a high-stakes thriller that handles the tragedy of addiction with empathy and grace. Her heroines are believable, flawed and courageous.” — Oyinkan Braithwaite, award-winning author of My Sister, The Serial Killer, on False Witness

“Karin Slaughter’s False Witness is a twisty, searingly contemporary mystery steeped in a dark past, and she weaves a story that catches your breath and keeps you gasping and guessing until the end.”  — Stacey Abrams, author of While Justice Sleeps, on False Witness

“All of Slaughter’s books... are satisfyingly surprising and plausible, but it’s Slaughter’s prodigious gifts of characterization that make her stand out among thriller writers…Slaughter’s satirical touches are as deft as her grimmer renditions of real life.” — Washington Post on Pieces of Her

“The ever-popular crime novelist is back with another pulse-pounding standalone, this one considering the twisted relationship between a mother and a daughter after the latter realizes she may not know the woman who gave birth to her at all.” — Entertainment Weekly on Pieces of Her

“Her characters, plot, and pacing are unrivaled among thriller writers, and if you haven’t yet read her, this is the moment.” — Michael Connelly, New York Times bestselling author

"The emotionally sophisticated characters work through the brutality of their jobs in this dynamic psychological thriller and police procedural that will please readers of Slaughter’s “Grant County” series. For fans of Meg Gardiner, David Baldacci, and Carrie Smith." — Library Journal on The Silent Wife

"[False Witness] will keep readers transfixed. Slaughter is writing at the top of her game." — Publishers Weekly (starred review) on False Witness

"Slaughter doesn’t save her twists for the end, instead peppering them throughout the intricately layered story amid stomach-churning near misses and gripping character revelations. Equal parts hyperrealistic thriller and epic tragedy, Slaughter’s latest is pitch-perfect storytelling." — Booklist (starred review) on False Witness

"Slaughter has written a wickedly sharp and arresting tour de force that blends a riveting plot and emotional subterfuge with the kind of propulsive prose that makes False Witness absolutely unputdownable." — Lauren Francis-Sharma, author of Book of the Little Axe, on False Witness

“Karin Slaughter is a master of the thriller genre and her genius comes through on every page, in every character, through every plot twist. False Witness is so suspenseful, it’s tension palpable, and the action so visual, I can’t wait to see its brilliance in film.” — Francesca Momplaisir, critically-acclaimed author of My Mother’s House

“Slaughter’s eye for detail and truth are unmatched.”  — Gillian Flynn

Karin Slaughter is the author of over twenty instant New York Times bestselling novels including the Edgar-nominated Cop Town and standalone novels Pretty Girls, The Good Daughter, and Pieces of Her. She is published in 120 countries with more than 40 million copies sold across the globe. Pieces of Her is a Netflix original series starring Toni Collette, and False Witness, the Grant County, and Will Trent series are in development for television. Slaughter is the founder of the Save the Libraries project-a nonprofit organization established to support libraries and library programming. A native of Georgia, she lives in Atlanta.