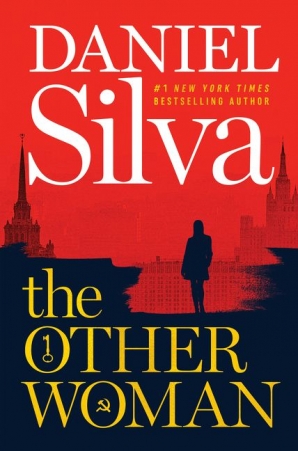 She was his best-kept secret …

In an isolated village in the mountains of Andalusia, a mysterious Frenchwoman begins work on a dangerous memoir. It is the story of a man she once loved in the Beirut of old, and a child taken from her in treason's name. The woman is the keeper of the Kremlin's most closely guarded secret. Long ago, the KGB inserted a mole into the heart of the West—a mole who stands on the doorstep of ultimate power.

Only one man can unravel the conspiracy: Gabriel Allon, the legendary art restorer and assassin who serves as the chief of Israel's vaunted secret intelligence service. Gabriel has battled the dark forces of the new Russia before, at great personal cost. Now he and the Russians will engage in a final epic showdown, with the fate of the postwar global order hanging in the balance.

Gabriel is lured into the hunt for the traitor after his most important asset inside Russian intelligence is brutally assassinated while trying to defect in Vienna. His quest for the truth will lead him backward in time, to the twentieth century's greatest act of treason, and, finally, to a spellbinding climax along the banks of the Potomac River outside Washington that will leave readers breathless.

Fast as a bullet, hauntingly beautiful, and filled with stunning double-crosses and twists of plot, The Other Woman is a tour de force that proves once again that “of all those writing spy novels today, Daniel Silva is quite simply the best" (Kansas City Star).

“The Other Woman is one of summer’s biggest titles.... It’s not hard to see why: This story of love and betrayal… is hard to put down.” — Entertainment Weekly

“Another jewel in the bedazzling crown of a spy-fiction master....There is an even more elaborately detailed backstory than usual, and it is every bit as compelling as the tension-drenched drama slowly unspooling in the present and leading to a socko finale.” — Booklist, starred review

“Excellent….Readers will be enthralled by both the history and the up-to-the-minute plot that Silva spins with such finesse.” — Publishers Weekly, starred review

“Perhaps his most enthralling novel to date. Twists, turns, and nonstop action fill every page.... An instant classic from Daniel Silva, whose latest masterpiece puts him firmly alongside le Carré and Forsyth as one of the greatest spy novelists of all time.” — The Real Book Spy

“If someone were to ever commission the building of a Mount Rushmore for thriller writers, Daniel Silva’s face would surely be featured on it… The Other Woman is an instant classic from Daniel Silva, who continues building his legacy as one of the greatest spy novelists the genre has ever known.”
— CrimeReads

“Silva has a knack for topically relevant novels, and The Other Woman is no exception.” — New York Post’s 25 Best Thrillers of the Summer

Praise for House of Spies:  “A tense, thrilling adventure.... With Silva’s novels you find yourself being educated as well as being entertained.... Silva is that rarity of rarities, a writer whose stories just keep getting better.” — Huffington Post

“An irresistible thriller…. The phrase ‘#1 New York Times best-selling author’ gets bandied about a lot (Which list? For how long?), but in Silva’s case, it means exactly what it says.” — Booklist, starred review

“Silva’s success lies in his mix of authenticity and charm; his swings from global fears to domestic comforts.… There’s exotic scenery, insight into both history and current events, wit, romance, and a lot of heart.... It’s a recipe that keeps his readers coming back for more.” — Pittsburgh Post-Gazette

“Written by one of our greatest living spy novelists, House of Spies gives us protagonist Gabriel Allon in his 17th adventure. The novel features Silva’s taut and compelling dialogue and keen insight into the human psyche.” — Dallas Morning News