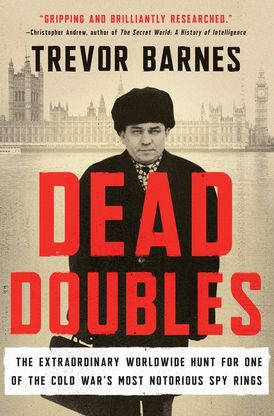 The astonishing but true story of one of the most notorious spy cases from the Cold War—and the international manhunt that seized global attention as it revealed the shadowy world of deep cover KGB operatives.

The dramatic arrest in London on January 7, 1961 of five Soviet spies made headlines worldwide and had repercussions around the globe. Alerted by the CIA, Britain's security service, MI5, had discovered two British spies stealing invaluable secrets from the highly sensitive submarine research center at Portland, UK.  Their controller, Gordon Lonsdale, was a Canadian who frequently visited a middle-aged couple, the Krogers, in their sleepy London suburb. But the seemingly unassuming Krogers were revealed to be deep cover American KGB spies—infamous undercover agents the FBI had been hunting for years—and they were just one part of an extensive network of Soviet operatives in the UK.

In the wake of the spies' sensational trial, the FBI uncovered the true identity of the enigmatic Lonsdale—Konon Molody, a Russian who had lived in California before being recruited by the KGB. Molody opened secret talks with MI5 to betray Russia, but before he had the chance, the KGB blackmailed Britain into spy swaps for him and the Krogers.

Based on revelatory, newly-released archival material and inside sources from around the world, Dead Doubles follows the hunt for the highly damaging Portland Spy Ring.  As gripping as a le Carré novel, this incredible narrative, layered with false identities, deceptions, and betrayal, crisscrosses from the UK to the USSR to the US, Canada, Europe and New Zealand, and brings to life one of the most extraordinary spy stories of the Cold War.

“Eye-opening…. fans of Furst, Ludlum, and their kind will find this real-world exploration of old-school espionage suitably intriguing.” - Kirkus

"Excellent and riveting, with a cast of characters as engaging as in any novel. Former KGB officer Vladimir Putin's modern-day Russia employs the same espionage methods now against the West. The themes of Dead Doubles – deception, betrayal, blackmail, chemical and biological weapons, atomic secrets, international rivalry – are as topical today as in the 1960s." - John Sipher, Former Head, CIA Russian Operations, and CIA Station Chief in Asia and Europe

"I read Dead Doubles with admiration...fascinating and meticulous...Using all available American, British and Russian sources, Trevor Barnes has produced a remarkable book." - Harvey Klehr, co-author of Spies: The Rise and Fall of the KGB in America

"Reads like a le Carre thriller - only true. Rich in detail. A must read." - Ray Batvinis, former FBI Supervisory Special Agent of Counterintelligence and author of Hoover's Secret War Against Axis Spies

"A highly readable account of a classic Cold War MI5 investigation. Assiduously researched and a real page-turner." - Nigel West, author of MI5 and The Illegals

“An enthralling account of one of the last great spy mysteries of the 20th Century - I loved it.”  - John Preston, author of A Very English Scandal

“A rare combination of thrilling story and carefully documented history, the writing has a remarkable “you are there” quality that transports the reader back to the height of the Cold War.” - Nicholas Reynolds, former CIA Officer and author of NYT bestseller Writer, Sailor, Soldier, Spy 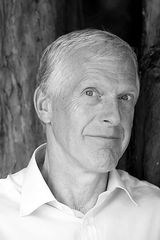 Other Works by Trevor Barnes