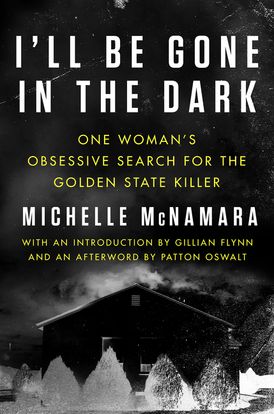 A BEST BOOK OF THE YEAR:

The haunting true story of the elusive serial rapist turned murderer who terrorized California during the 70s and 80s, and of the gifted journalist who died tragically while investigating the case—which was solved in April 2018.

“A singular, fascinating read. It’s lifelike in its incompletion... a posthumous treasure that feels thrillingly alive. A-” - Entertainment Weekly

“What makes McNamara’s work so compelling is her empathy and sensitivity toward the people touched by these crimes.... I wish I could read the next 10 books she would have written.” - Kate Tuttle, Los Angeles Times

“What readers need to know—what makes this book so special—is that it deals with two obsessions, one light and one dark. The Golden State Killer is the dark half; Michelle McNamara’s is the light half. It’s a journey into two minds, one sick and disordered, the other intelligent and determined. I loved this book.”   - Stephen King

“Both a vivid and meticulous investigation of a twisted predator who terrorized quiet, upper middle-class communities in California for nearly a decade, and a wrenching personal account from a writer who became consumed by her subject.” - New York Times

“Remarkable… The detective’s nose for the crucial clue transmutes so easily into a novelist’s eye for the concrete detail that conjures a memory or emotion. She applies the same gift to a handful of portraits of people affected by the killer’s crimes.... These read like fragments from Raymond Carver stories, tales of ordinary lives fractured by incomprehensible violence. Had she lived, McNamara might have helped identify the man who committed that violence, but before she died, she did something nearly as miraculous: making them all live again in some small way.” - Laura Miller, Slate

“This book just knocked me over.” - Megan Abbott

“A powerful portrait of the scale of the Golden State Killer’s crimes, of the mechanics of criminal investigations, of the strange particular dread and paranoia in the California in the 1970s, and of McNamara’s own obsession with violent men, and this one violent man.” - San Francisco Chronicle

“Michelle McNamara was an obsessive. She was also a damn good writer. That combustive mix has produced I’ll Be Gone in the Dark, a dark page-turner.... Scintillating.” - USA Today

“That the book feels triumphant even after tragedy upon tragedy is a testament to McNamara’s skill as a reporter.” - Esquire, “The 25 Best True Crime Books Every Person Should Read”

“Narrative true crime journalism at its very finest, a complex, multilayered, chilling portrait of a faceless monster, and a remarkable tribute to the woman who, up until her last day, believed she would one day have him in her crosshairs.”   - Village Voice

“Any true crime project is basically a reckoning with death, but in this case, it’s a reckoning that is no longer theoretical. McNamara is gone. And what’s especially sad about her absence is just how good she was.” - The Portland Mercury

“The work has many notable qualities — in particular, a penetrating and elegiac voice.” - Seattle Times 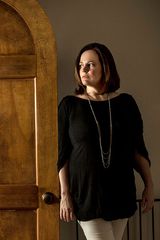 Michelle McNamara (1970–2016) was the author of the website True Crime Diary. She earned an MFA in fiction writing from the University of Minnesota, and had sold television pilots to ABC and Fox and a screenplay to Paramount. She also worked as a consultant for Dateline NBC. She lived in Los Angeles and is survived by her husband, Patton Oswalt, and their daughter, Alice.

Other Works by Michelle McNamara