Season by Season in the City of Light 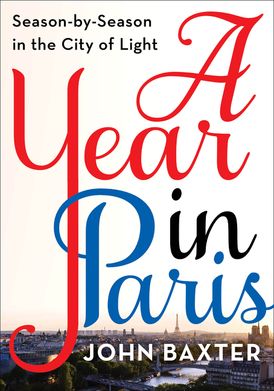 Season by Season in the City of Light

From the incomparable John Baxter, award-winning author of the bestselling The Most Beautiful Walk in the World, a sumptuous and definitive portrait of Paris through the seasons, highlighting the unique tastes, sights, and changing personality of the city in spring, summer, fall, and winter.

When the common people of France revolted in 1789, one of the first ways they chose to correct the excesses of the monarchy and the church was to rename the months of the year. Selected by poet and playwright Philippe-Francois-Nazaire Fabre, these new names reflected what took place at that season in the natural world; Fructidor was the month of fruit, Floréal that of flowers, while the winter wind (vent) dominated Ventôse.

Though the names didn’t stick, these seasonal rhythms of the year continue to define Parisians, as well as travelers to the city. As acclaimed author and long-time Paris resident John Baxter himself recollects, “My own arrival in France took place in Nivôse, the month of snow, and continued in Pluviôse, the season of rain. To someone coming from Los Angeles, where seasons barely existed, the shock was visceral. Struggling to adjust, I found reassurance in the literature, music, even the cuisine of my adoptive country, all of which marched to the inaudible drummer of the seasons.”

Devoting a section of the book to each of Fabre’s months, Baxter draws upon Paris’s literary, cultural and artistic past to paint an affecting, unforgettable portrait of the city. Touching upon the various ghosts of Paris past, from Hemingway and Zelda Fitzgerald, to Claude Debussy to MFK Fisher to Francois Mitterrand, Baxter evokes the rhythms of the seasons in the City of Light, and the sense of wonder they can arouse for all who visit and live there.

A melange of history, travel reportage, and myth, of high culture and low, A Year in Paris is vintage John Baxter: a vicarious thrill ride for anyone who loves Paris.

“Strings together the beautiful beads of the French everyday, all held together by the invisible act of imagination that makes a country cohere and endure.” — New York Times Book Review

“This joyful exploration of a much-beloved city will make readers wonder if there is ever really a bad time to visit Paris.” — Publishers Weekly

“Lovers of Paris will get a deeper feeling about their beloved capital from Baxter.” — Booklist

“Sitting down with one of Baxter’s books is to stroll the streets of Paris from an armchair, to take a tour of a city that lends itself to the virtual traveler or absent friend of the city. Fun. Highly recommended.” — The Paris Insider

“Baxter alternates the tale of d’Églantine and the calendar with his experiences of France, and Parisian culture with its deep connection to the seasons. … Part history, part memoir, part travelog, this book has something for everyone.” — Library Journal

“A delightful book … about the importance of the seasons of Paris, including the tastes, sights, traditions and subtleties.” — Eye Prefer Paris, “Book of the Month” pick