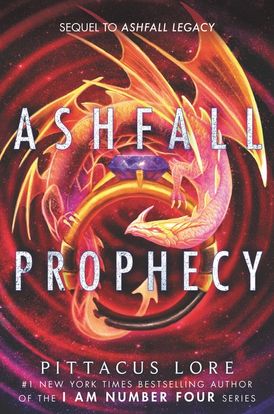 Pittacus Lore finished telling the story of the Lorien Nine in the New York Times bestselling I Am Number Four and Lorien Legacies Reborn series. Now he’s back with the second installment in an all-new adventure duology rooted in the real mysteries surrounding Roswell, New Mexico, that will enthrall fans of Brandon Sanderson, Jay Kristoff, and Amie Kaufman.

Syd Chambers grew up on Earth with his human mother and barely remembers his alien father from Denza, who left on a mission when Syd was very young. After leaving Earth, Syd learned the truth of his father’s disappearance on the planet Ashfall—his father had died protecting a devastating secret about the history between humans and Denzans.

Syd is now faced with a choice—free humanity from imprisonment on Earth, which will allow them to come into physical power beyond their wildest dreams; or destroy Earth so that humans never have a chance to enslave, torment, and kill other species again. It has been prophesied that Syd is destined to become a world-killer, but Syd is determined to choose his own fate, and knows there must be another path forward that will honor his father’s sacrifice.

PRAISE FOR Ashfall Legacy: "The 'Lorien Legacies' author returns with an action-packed new series opener. Sydney and his cohort of space cadets are all well fleshed-out. The role humanity plays in this intergalactic space war will draw in fans of the superhero genre. Equal parts humorous and thrilling, Sydney’s adventures through the universe will keep fans of Lore’s previous series satisfied." — School Library Journal

"Lore reels in readers with imaginatively conceived characters and a snarky, relatable first-person narrative. An action-packed conclusion cracks the door for a sequel." — Publishers Weekly

"The I Am Number Four (2011) author’s legions of existing fans will be pleased to find the same explosive twists and witty humor that marked his other books, and readers unfamiliar with Lore who love epic, sprawling worlds and fast-paced storytelling should also be directed to this action-packed sf adventure." — Booklist

PRAISE FOR THE I AM NUMBER FOUR SERIES: “Number Four is a hero for this generation.” — Michael Bay, director of Transformers

“I Am Number Four is a breathless page-turner of a sci-fi novel that will have readers rooting for the teen alien who must unleash his firepower to save himself, his human friends, and the planet. So gear up, sci-fi fans, the battle for Earth is on and there’s a new kid in town!” — Amazon.com

“There’s genuine suspense…. It’s easy to get lost in the world of the sweet teen from another planet.” — Chicago Tribune 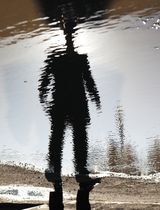 Pittacus Lore is Lorien's ruling Elder. He has been on Earth preparing for the war that will decide Earth's fate. He finished recounting the story of the invasion of Earth in the I Am Number Four series and is now ready to tell another story. His whereabouts are unknown.

I Am Number Four Collection: Books 1-6

I Am Number Four: The Beginning: Books 1-3 Collection

I Am Number Four: The Lost Files: The Forgotten Ones

I Am Number Four: The Lost Files: The Last Days of Lorien

I Am Number Four: The Lost Files: The Search for Sam

I Am Number Four: The Lost Files: The Fallen Legacies

I Am Number Four: The Lost Files: Nine's Legacy

I Am Number Four: The Lost Files: Six's Legacy