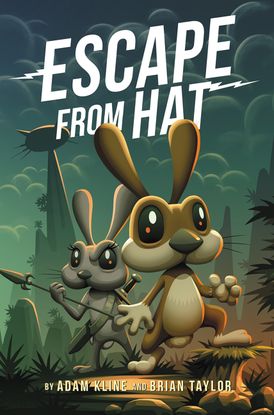 Good and bad luck battle to control the world in this hilarious and enchanting illustrated middle grade novel about a lucky rabbit, an evil black cat, and one hapless boy caught between them, from award-wining screenwriter and debut author Adam Kline.

We all have good luck and bad, courtesy of our very own lucky rabbits and bad-luck black cats. Most people never notice them.

Cecil Bean certainly never noticed the villainous cat, Millikin, that lurked around every corner or his devoted rabbit, Leek, who was never far from his side. At least not until Millikin hatches a deliciously evil plan to vanish Leek into a magician’s hat, leaving Cecil with no good luck at all and stranding poor Leek in a world that no rabbit has ever escaped from.

Leek and Cecil will do anything to find their way back to each other—even if it means facing enormous odds and seemingly insurmountable obstacles. To escape from Hat, Leek must sail across the Great Ink, travel beyond the Jungle Prime Evil, trek through the Grottos of Ill Repute, and enter the heart of all bad luck: the fortress of the black cats itself.

All while Cecil heads out on an adventure of his own to find the hard-heartened magician, whose tricks seem to have turned Cecil’s life upside down.

“Nonstop action with plenty of jokes carries readers along as the rabbits encounter unusual creatures, a few monsters, and an epic cat-and-mouse chase on their way.” - Kirkus Reviews

"On their madcap journey, they encounter a traveling minstrel mouse, a potbellied pig (king of the Miniature Potbellies), and a cave monster who’s afraid of the dark. ... Distinct, droll voices and comedic wordplay help maintain a breakneck pace, while vibrant pictures of the wide-eyed rabbits and their dastardly counterparts radiate an energetic cartoon sensibility." -Publishers Weekly - Publishers Weekly

"Fans of Despereaux and like small heroes with hearts as outsize as their ears will cheer." - Booklist

“Fans of Lemony Snicket will jump for this fresh fantasy world and its cast of fearsome furballs.” - Bulletin of the Center for Children’s Books 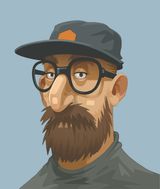 Adam Kline is an author and screenwriter based in the American Midwest. His lucky rabbit is based in the garden, just left of the kale.

Other Works by Adam Kline 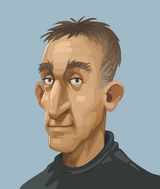 Brian Taylor is an artist and illustrator who lives and draws in Scotland. Brian does not wear hats.

Other Works by Brian Taylor