The Messenger, The Wig, and Absolutely Nothing to Get Alarmed About 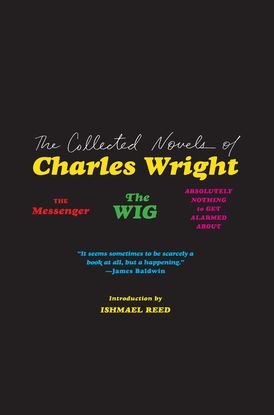 The Messenger, The Wig, and Absolutely Nothing to Get Alarmed About

In this incisive, satirical collection of three classic American novels by Charles Wright—hailed by the New York Times as “malevolent, bitter, glittering”—a young, black intellectual from the South struggles to make it in New York City. This special compilation includes a foreword by acclaimed poet and novelist Ishmael Reed, who calls Wright, “Richard Pryor on paper.”

As fresh and poignant as when originally published in the sixties and seventies, The Messenger, The Wig, and Absolutely Nothing to get Alarmed About form Charles Wright’s remarkable New York City trilogy. By turns brutally funny and starkly real, these three autobiographical novels create a memorable portrait of a young, working-class, black intellectual—a man caught between the bohemian elite of Greenwich Village and the dregs of male prostitution and drug abuse.

Wright’s fiction is searingly original in bringing to life a special time, a special place, and the remarkable story of a man living in two worlds. This updated edition shines a spotlight once again on this important writer—a writer whose work is so crucial to our times.

“Wright [writes] with a sense of style and intensity of vision. . .he never stopped taking it all down, turning it into art, and being true to his calling.” - BookForum

“These books show that we still have more to learn about the emotional and stylistic breadth of black writing from this era.” - Slate 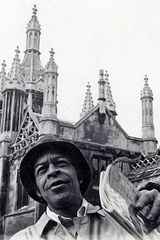 Charles Stevenson Wright was born at New Franklin, Missouri, on June 4, 1932. He published three highly praised autobiographical novels. He died at the age of 76.

Other Works by Charles Wright