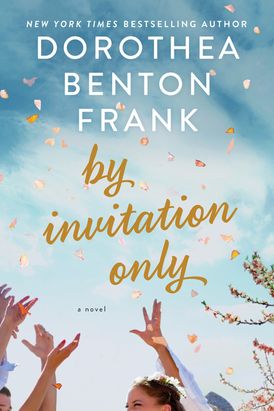 “If I could only read one writer from now until the end of my life, it would be Dorothea Benton Frank.” --Elin Hilderbrand, New York Times bestselling author of The Identicals

The Lowcountry of South Carolina is where By Invitation Only begins at a barbecue engagement party thrown by Diane English Stiftel, her brother Floyd, and her parents to celebrate her son’s engagement. On this gorgeous, magical night, the bride’s father, Alejandro Cambria, a wealthy power broker whose unbelievably successful career in private equity made him one of Chicago’s celebrated elite, discovers the limits and possibilities of cell phone range. While the mother of the bride, Susan Kennedy Cambria, who dabbles in the world of public relations and believes herself deserving of every square inch of her multimillion-dollar penthouse and imaginary carrara marble pedestal, learns about moonshine and dangerous liaisons.

Soon By Invitation Only zooms to Chicago, where the unraveling accelerates. Nearly a thousand miles away from her comfortable, familiar world, Diane is the antithesis of the bright lights and super-sophisticated guests attending her son Fred’s second engagement party. Why a second party? Maybe it had been assumed that the first one wouldn’t be up to snuff? Fred is marrying Shelby Cambria, also an only child. The Cambrias’ dearest wish is for their daughter to be happy. If Shelby wants to marry Frederick, aka Fred, they will not stand in her way—although Susan does hope her friends won’t think her daughter is marrying more than a few degrees beneath her socially. At the same time, Diane worries that her son will be lost to her forever.

By Invitation Only is a tale of two families, one struggling to do well, one well to do, and one young couple—the privileged daughter of Chicago’s crème de la crème and the son of hard -working Southern peach farmers.

Dorothea Benton Frank offers a funny, sharp, and deeply empathetic novel of two very different worlds—of limousines and pickup trucks, caviars and pigs, skyscrapers and ocean spray—filled with a delightful cast of characters who all have something to hide and a lot to learn. A difference in legal opinions, a headlong dive from grace, and an abrupt twist will reveal the truth of who they are and demonstrate, when it truly counts, what kind of grit they have. Are they living the life they want, what regrets do they hold, and how would they remake their lives if they were given the invitation to do so?

By Invitation Only is classic Dorothea Benton Frank—a mesmerizing Lowcountry Tale that roars with spirit, humor, and truth, and forces us to reconsider our notions of what it means to be a Have or a Have Not.

“If I could only read one writer from now until the end of my life, it would be Dorothea Benton Frank.” — Elin Hilderbrand, author of The Perfect Couple

“South Carolina’s Low Country is the heart of this tender paean to young love and midlife makeovers, but Benton Frank also blends the allure of big-city swagger into her smart and funny account of modern wedding madness.” — Publishers Weekly (starred review)

“Dottie Frank’s books have the fizz of a gin and tonic, the hilarity of a night out at a comedy club and the warmth of a South Carolina sun. Dip in, dive in, but no matter how you go, you’ll love her.” — Adriana Trigiani, New York Times bestselling author of Big Stone Gap and The Shoemaker’s Wife on The Last Original Wife

“Something about her novels just seems to say summer.” — USA Today

“Worlds collide in this funny, sharp, empathetic novel about what happens when two very different families are forced to become one.” — Good Housekeeping

“There’s an adjustment period whenever two families merge, but these fictional folks will keep you laughing all the way.” — Parade

“...Frank, as usual, knows what she is doing...Frank reminds us of the beauty in two very different families becoming one.” — Newark Star Ledger

“By Invitation Only is a heartwarming and hilarious account of opposites attracting just as the world at large wrestles with these same questions of what is true wealth and what is true love and equality.” — Bookreporter.com

“The queen of the salt-sprayed Lowcountry tale has done it again. Reading Frank is like spending time with a favorite friend who’s witty and a bit crass and has got to tell you every tidbit...Count on a story brimming with snappy dialogue that always rings true.” — Atlanta Journal-Constitution

“Benton Frank’s characters are both brazen and down-to-earth...Eccentric, thought-provoking and hilarious, her charming tales envelop the reader into the plot with each and every book she publishes.” — New York Journal of Books

“Dorothea Benton Frank’s latest novel, “By Invitation Only,” fits the bill of a traditional beach read...While cultures collide, we get fireworks and a wonderful read filled with tasty food scenes that will make you drool.” — Ottawa Citizen

“By Invitation Only is a fun, fast, engaging novel that is perfect for whiling away the afternoon in a hammock with a big glass of sweet tea.” — Coastal Observer 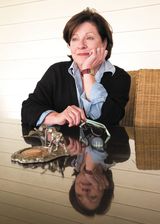 New York Times bestseller Dorothea Benton Frank was born and raised on Sullivans Island, South Carolina. Until her passing in 2019, Dorothea and her husband split their time between New Jersey and South Carolina. A contemporary voice of the South, Dorothea Benton Frank was beloved by fans and friends alike since her debut novel Sullivans Island. Readers from coast to coast fell for the quick wit and the signature humor that permeated her many bestselling novels.