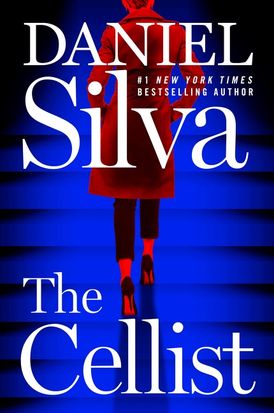 “This book has a twist that is sure to give you chills.” — Today Show

“Akin to a diabolical game of chess, The Cellist is a sophisticated voyage through the world of concert halls, art museums, lavish receptions and the occasional chase scene—all delivered with Silva’s crafty dry wit and innuendo.” — Bookreporter.com

Daniel Silva is the award-winning, #1 New York Times bestselling author of the beloved Gabriel Allon novels, including The Black Widow and The Cellist. His books are critically acclaimed bestsellers around the world and have been translated into more than thirty languages. He resides in Florida with his wife, television journalist Jamie Gangel, and their twins, Lily and Nicholas.