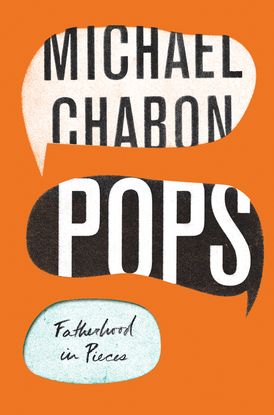 For the September 2016 issue of GQ, Michael Chabon wrote a piece about accompanying his son Abraham Chabon, then thirteen, to Paris Men’s Fashion Week. Possessed with a precocious sense of style, Abe was in his element chatting with designers he idolized and turning a critical eye to the freshest runway looks of the season; Chabon Sr., whose interest in clothing stops at “thrift-shopping for vintage western shirts or Hermès neckties,” sat idly by, staving off yawns and fighting the impulse that the whole thing was a massive waste of time. Despite his own indifference, however, what gradually emerged as Chabon ferried his son to and from fashion shows was a deep respect for his son’s passion. The piece quickly became a viral sensation.

With the GQ story as its centerpiece, and featuring six additional essays plus an introduction, Pops illuminates the meaning, magic, and mysteries of fatherhood as only Michael Chabon can.

“Dazzling... The novelist’s equanimity is so unassailable, and his parenting style so judicious and measured, that lesser men may feel inadequate, hopelessly stuck in the swampy, irrational chafe and fray of day-to-day family life.” - Washington Post

“Winning, poignant.... Each of its eight essays constructs a telling world, as Chabon trains his keen eye on small family moments that open onto larger issues.” - Boston Globe

“Deeply affecting.... Chabon is a gifted essayist whose narratives lead to unexpected and resonant conclusions. His work here packs an outsized emotional punch that will stick with readers significantly longer than it takes them to read this slim volume.” - Publishers Weekly, starred review

“Chabon expertly weaves together past and present events, infusing them with humor, pop culture, and profound observations.” - Booklist, starred review

“Combines perfect pitch of tone with an acute eye for detail.” - Kirkus 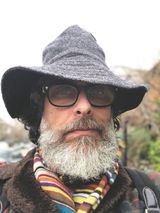 Michael Chabon is the bestselling and Pulitzer Prize–winning author of the novels The Mysteries of Pittsburgh, Wonder Boys, The Amazing Adventures of Kavalier & Clay, The Final Solution, The Yiddish Policemen’s Union, Gentlemen of the Road, Telegraph Avenue and Moonglow; the short story collections A Model World and Werewolves in Their Youth; and the essay collections Maps and Legends and Manhood for Amateurs. He lives in Berkeley, California, with his wife, the novelist Ayelet Waldman, and their children.