The Mystery and Science of Streaks 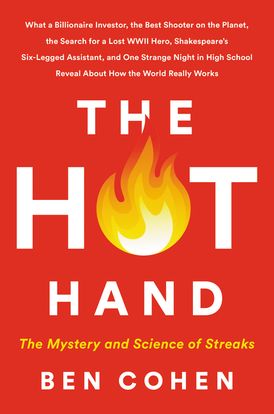 The Mystery and Science of Streaks

"Fascinating, eye-opening and consistently entertaining, The Hot Hand asks a big question: how do we determine when one success will likely follow another? The answer is not only surprising, but instructive." — Charles Duhigg, New York Times bestselling author of The Power of Habit and Smarter Faster Better

A brilliant investigation into when streaks exist and how they can be taken advantage of, The Hot Hand is essential reading for anyone who thinks they've got a shot.

For decades, statisticians, social scientists, psychologists, and economists (among them Nobel Prize winners) have spent massive amounts of precious time thinking about whether streaks actually exist. After all, a substantial number of decisions that we make in our everyday lives are quietly rooted in this one question: If something happened before, will it happen again? Is there such a thing as being in the zone? Can someone have a “hot hand"? Or is it simply a case of seeing patterns in randomness? Or, if streaks are possible, where can they be found?

In The Hot Hand, Wall Street Journal reporter Ben Cohen offers an unfailingly entertaining and provocative investigation into these questions. He begins with how a $35,000 fine and a wild night in New York revived a debate about the existence of streaks that was several generations in the making. We learn how the ability to recognize and then bet against streaks turned a business school dropout named David Booth into a billionaire, and how the subconscious nature of streak-related bias can make the difference between life and death for asylum seekers. We see how previously unrecognized streaks hidden amidst archival data helped solve one of the most haunting mysteries of the twentieth century, the disappearance of Raoul Wallenberg. Cohen also exposes how streak-related incentives can be manipulated, from the five-syllable word that helped break arcade profit records to an arc of black paint that allowed Stephen Curry to transform from future junior high coach into the greatest three-point shooter in NBA history. Crucially, Cohen also explores why false recognition of nonexistent streaks can have cataclysmic results, particularly if you are a sugar beet farmer or the sort of gambler who likes to switch to black on the ninth spin of the roulette wheel.

"Fascinating, eye-opening and consistently entertaining, The Hot Hand asks a big question: how do we determine when one success will likely follow another? The answer is not only surprising, but instructive.” - Charles Duhigg, New York Times bestselling author of The Power of Habit and Smarter Faster Better

“I’ve been on both sides of the ‘hot hand.’ I’ve had it, and I’ve faced opponents who had it. And I’ve written extensively about the role it played in my life. But Ben Cohen offers up an original and riveting deep dive on this fascinating topic, which relates to so many other pursuits. A feast for anyone interested in the secrets of excellence.”  - Andre Agassi, winner of eight Grand Slam titles and New York Times bestselling author of Open

“Long before I reached the end of this provocative and uniquely brilliant book, I knew I would never be ‘finished’ with it. Ben Cohen’s research shows how every day, from basketball to business to beet farming, human events are profoundly shaped by the power of streaks. I will never make another difficult decision without considering this.” - Sam Walker, bestselling author of The Captain Class

“A fascinating book on the elusive allure of being on a roll. For any fans of human psychology, or numbers geeks, wolves of wall street, basketball obsessives – and anyone else who loves great stories that hint at the mysteries behind our decision-making, belief…and occasional runaway success.” - Seth Stephens-Davidowitz, New York Times bestselling author of Everybody Lies

“Wall Street Journal sports reporter Cohen looks into the odd ‘science of streaks’… Cohen returns, always, to the game of basketball, but he pauses along the way to provide fascinating looks at coin tosses, investments, farm yields, and other real-world instances of how probability plays out in the world. Sports fans and science geeks alike will enjoy these travels in the world where numbers, luck, and superstardom meet.”   - Kirkus Reviews (starred review) 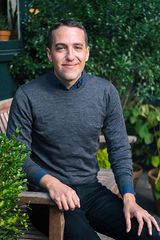 Ben Cohen is a sports reporter for The Wall Street Journal. He writes about the NBA, the Olympics and other topics that don't involve extraordinarily athletic people. He lives in New York with his wife and their cat. The Hot Hand is his first book.

The Best Vacation Ever