The Story of an American Hero 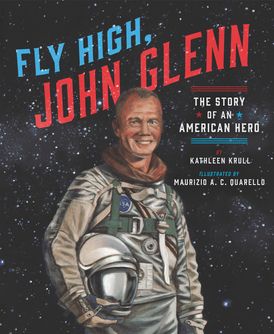 The Story of an American Hero

The inspiring, deeply patriotic true story of John Glenn, a true hero who not only changed America’s contribution to space exploration but also spent his life proudly serving his country in many ways.

This is a gorgeous picture book to introduce younger readers to John Glenn, from award-winning author Kathleen Krull and illustrator Maurizio A. C. Quarello. This nonfiction picture book is an excellent choice to share during homeschooling, in particular for children ages 4 to 6. It’s a fun way to learn to read and as a supplement for activity books for children.

John Glenn wasn’t just the first American to orbit Earth. He was a family man, a soldier, a United States senator, and a national hero. He laid the groundwork for future star voyagers—and dreamers—everywhere.

From the time he was a child, John Glenn loved flying. Later he did so by flying airplanes for the U.S. military, and then when space travel became a possibility, he trained for years to become an astronaut. John had to push his mind and body to the brink.

But he loved his country more than anything and wanted to serve—including flying into the great unknown.

“This vivid portrayal is full of exhilaration and suspense and will doubtlessly create new fans and inspire or increase a love of space exploration. Captures the excitement of space travel while creating a warm portrait of an innovative explorer.” - Kirkus Reviews

“Krull’s picture book biography is a patriotic tribute to an American hero. The text and illustrations highlighting Glenn’s orbit are breathtaking. A highly recommended purchase that will have wide appeal for young readers.” - School Library Journal (starred review)

Kathleen Krull has garnered starred reviews and awards for her many books. The Children's Book Guild of Washington, DC, honored her with its Nonfiction Award for her body of work that "has contributed significantly to the quality of nonfiction for children." She lives in San Diego, California. Visit her online at www.kathleenkrull.com.

Other Works by Kathleen Krull 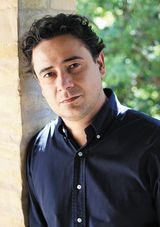 Other Works by Maurizio A.C. Quarello

American Immigration: Our History, Our Stories

A Kids' Guide to the American Revolution