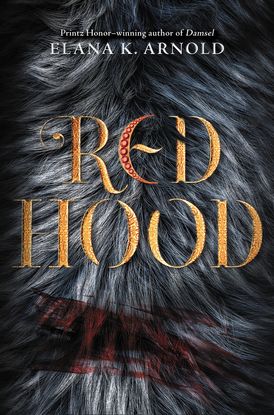 A dark, engrossing, blood-drenched tale of the familiar threats to female power—and one girl’s journey to regain it. Five starred reviews greeted this powerful story from Elana K. Arnold, author of the Printz Honor winner Damsel.

You are alone in the woods, seen only by the unblinking yellow moon. Your hands are empty. You are nearly naked. And the wolf is angry.

Since her grandmother became her caretaker when she was four years old, Bisou Martel has lived a quiet life in a little house in Seattle. She’s kept mostly to herself. She’s been good.

But then comes the night of homecoming, when she finds herself running for her life over roots and between trees, a fury of claws and teeth behind her.

A wolf attacks. Bisou fights back. A new moon rises. And with it, questions.

About the blood in Bisou’s past, and on her hands as she stumbles home.

About broken boys and vicious wolves.

About girls lost in the woods—frightened, but not alone.

"In the wake of her Printz Honor–winning Damsel, Arnold blazes a new and equally powerful trail through toxic masculinity. Read, shed your pelt, and be transformed—for blades are being sharpened." — Booklist (starred review)

“It’s unsettling how seamlessly Arnold incorporates dark fantasy elements of beastly wolves and cunning hunters into her all-too-realistic tale. A fantastic novel in the #MeToo era, empowering women to share their stories by reaching out, speaking up, and demanding a change.” — School Library Journal (starred review)

“At once a sharp critique of male entitlement and a celebration of sisterhood and feminine power, this story will linger with readers long after the final page.” — Publishers Weekly (starred review)

"This will satisfy readers looking for a vengeful overthrow of the patriarchy that recasts the victims as the victors." — Bulletin of the Center for Children’s Books

"Deeply and darkly enticing, Red Hood isn't a modern retelling so much as it is the story we should have had all along." — Shelf Awareness 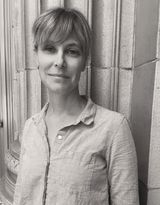 Elana K. Arnold is the award-winning author of many books for children and teens, including The House That Wasn’t There, the Printz Honor winner Damsel, the National Book Award finalist What Girls Are Made Of, and the Global Read Aloud selection A Boy Called Bat. She is a member of the faculty at Hamline University’s MFA in writing for children and young adults program, and lives in Long Beach, CA, with her husband, two children, and a menagerie of animals. You can find her online at www.elanakarnold.com.

Other Works by Elana K. Arnold

The House That Wasn't There

Bat and the End of Everything

Bat and the Waiting Game