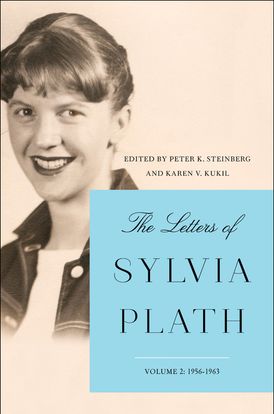 "A scintillating and poignant autobiography in letters. . . . Her letters blaze with fresh and stunning revelations, with more to come."—Booklist on The Letters of Sylvia Plath Vol 1

The second volume in the definitive, complete collection of the letters of Pulitzer Prize-winning poet, Sylvia Plath, from the early years of her marriage to Ted Hughes to the final days leading to her suicide in 1963, many never before seen.

One of the most talented and beloved poets, Sylvia Plath continues to fascinate and inspire the modern literary imagination. The tragedy of her untimely death at age thirty, almost fifty-five years ago, has left much unknown about her creative and personal life. In this remarkable second volume of the iconic poet and writer’s collected letters, the full range of Plath’s ambitions, talents, fears, and perspective is made visible through her own powerful words.

As engaging as they are revealing, these remarkable letters cover the years from 1957 to 1963. They detail the last six tumultuous and prolific years of her life, covering her marriage to Ted Hughes, the births of her children Frieda and Nicholas, her early success, including the publication of the classic The Bell Jar, and her ongoing struggle with depression.

The first compendium of its kind to include all of Plath’s letters from this period, The Letters of Sylvia Plath Volume 2 offers an intimate portrait of the writing life and mind of one of the most celebrated poets in literary history.

“As the marriage faltered, the masks fell away…Plath wrote honestly of her unhappiness and fear…In 14 recently uncovered letters to the psychiatrist who’d treated her since her suicide attempt in college, we see Plath at her most vulnerable. It feels almost taboo to read these, so unabashed is her pain and humiliation…But in her final letters there was a note of wild, almost unbearable optimism. Inspiration ran like a tap; poems were pouring out of her. It seemed impossible that she would not make it.” - Parul Sehgal, New York Times

“The Plath we initially encounter in these letters seems very far from the person who, just a few years earlier, had attempted suicide with her mother’s sleeping pills; and perhaps even farther from the person who, a few years later, gassed herself in her London kitchen. Above all, we see Plath on the move… She comes off, most often, as a whirlwind… it’s the alertness to daily life that makes Plath’s letters most poignant. Few writers have been as intensely attentive to quotidian details as Plath was, or understood so intuitively what to preserve in their art. A detail appears, uneventful on its face, first in a journal or a drawing, then in a letter, sometimes more than one. Her mind was brilliantly off-kilter, its emphasis falling in surprising places.” - The New Yorker

“Here is the more or less abrupt shedding, in extremis, of the “stiff,” “artificial” voice that infected her early poems and stories and from which she had been working to free herself for many years. The book provides, in the end, an account of an ordinary anguish out of which Plath produced something extraordinary.” - Harper's Magazine

“A shattering chronicle of a woman’s struggle to be both a pathbreaking artist and a domestic paragon…Together, these two volumes accentuate the wonder of all that Plath accomplished by age 30, and her poetry, fiction, journals, and letters will remain forever alive, daring, urgent, and electrifying.” - Booklist, Starred Review

“In Plath’s appeals to Beuscher she is plainly desperate for help, yet the rhythms of her sentences, her bitter humor, and the flamboyant performance of her plight reveal the artist at work as much as the woman in pain.” - Emily Cooke, BookForum 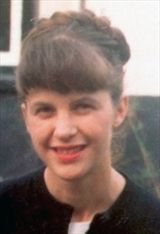 Sylvia Plath was born in 1932 in Massachusetts. Her books include the poetry collections The Colossus, Crossing the Water, Winter Trees, Ariel, and Collected Poems, which won the Pulitzer Prize. A complete and uncut facsimile edition of Ariel was published in 2004 with her original selection and arrangement of poems. She was married to the poet Ted Hughes, with whom she had a daughter, Frieda, and a son, Nicholas. She died in London in 1963.

Other Works by Sylvia Plath

Mary Ventura and the Ninth Kingdom