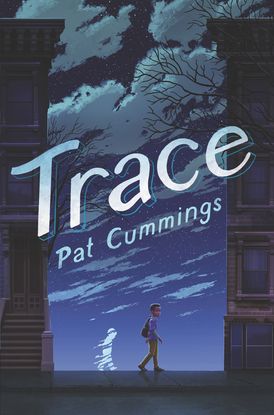 In a debut novel that's perfect for fans of Jason Reynolds and Erin Entrada Kelly, award-winning author/illustrator and educator Pat Cummings tells a poignant story about grief, love, and the untold stories that echo across time.

Trace Carter doesn’t know how to feel at ease in his new life in New York. Even though his artsy Auntie Lea is cool, her brownstone still isn’t his home. Haunted by flashbacks of the accident that killed his parents, the best he can do is try to distract himself from memories of the past.

But the past isn’t done with him. When Trace takes a wrong turn in the New York Public Library, he finds someone else lost in the stacks with him: a crying little boy, wearing old, tattered clothes.

And though at first he can’t quite believe he’s seen a ghost, Trace soon discovers that the boy he saw has ties to Trace’s own history—and that he himself may be the key to setting the dead to rest.

“From its dramatic opening to its satisfying conclusion, this is an absorbing, multi-layered novel; an excellent choice for all middle school collections.” - School Library Journal (starred review)

“In her middle grade debut, Cummings (the Harvey Moon picture books) follows Trace’s progress as he begins to absolve himself from guilt about the accident, learn about his lineage, and understand his family’s position in history. “ - Publishers Weekly

“Cummings marries a chillingly gothic tone to the palpable realism of Trace’s reluctant therapy sessions, new-kid awkwardness, and mourning. Readers will appreciate that Trace’s project is ultimately a success, whether it’s truly academic or emotional, but the journey is an important one.” - Bulletin of the Center for Children’s Books

“Cummings’s first offering for middle graders and middle schoolers is suspenseful and well-paced, striking a solid balance between ghost story and school story; past and present.” - The Horn Book 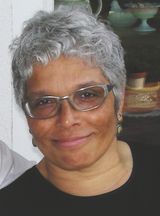 Pat Cummings was born in Chicago but grew up traveling with her military family all over the world. She has been writing and illustrating children's books since she graduated from Pratt Institute and is the author and/or illustrator of more than forty books. In addition to her art for the Coretta Scott King Award winner My Mama Needs Me by Mildred Pitts Walter, Pat's luminous work includes Angel Baby; Clean Your Room, Harvey Moon!; and the Boston Globe-Horn Book Award winner Talking With Artists. She teaches children’s book illustration and writing at Parsons School of Design, the New School, and Pratt Institute. She lives in Brooklyn, New York. You can visit her online at www.patcummings.com.

Other Works by Pat Cummings

Storm in the Night