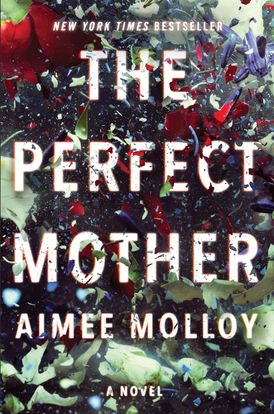 An addictive psychological thriller about a group of women whose lives become unexpectedly connected when one of their newborns goes missing.

A night out. A few hours of fun. That’s all it was meant to be.

They call themselves the May Mothers—a group of new moms whose babies were born in the same month. Twice a week, they get together in Brooklyn’s Prospect Park for some much-needed adult time.

When the women go out for drinks at the hip neighborhood bar, they are looking for a fun break from their daily routine. But on this hot Fourth of July night, something goes terrifyingly wrong: one of the babies is taken from his crib. Winnie, a single mom, was reluctant to leave six-week-old Midas with a babysitter, but her fellow May Mothers insisted everything would be fine. Now he is missing. What follows is a heart-pounding race to find Midas, during which secrets are exposed, marriages are tested, and friendships are destroyed.

Thirteen days. An unexpected twist. The Perfect Mother is a "true page turner." —B.A. Paris, author of Behind Closed Doors

A most anticipated thriller of the season: Vanity Fair, Pop Sugar, Goodreads, The Cut | A New York Post “Must-Read” | One of Vanity Fair’s Smartest and Most Innovative Thrillers of Summer | A USA Today “Book You Won’t  Want to Miss”| An Indie Next Pick | A Library Reads Pick | A Kirkus Best Book of 2018 | A New York Public Library Best Book of 2018 | A Bustle Gift Guide Pick | A Kirkus Best Thriller of 2018 | A Bookish Best Gift Pick —

“I was hooked ... and stayed up late to finish. What do you call a book like that? Oh yeah: a page turner. And it’s a rare and wonderful thing.” — New York Times Book Review

“An electrifying thriller—and a subtle, savvy skewering of the endless expectations of modern motherhood.” — People, Book of the Week

“Whip-smart.... Very much in the mold of recent best-sellers like The Girl on the Train and The Woman in the Window, but it’s also a sharply drawn take on the cult of modern parenting and the particular pressure women face—from within and without—to pull it all off, flawlessly.” — Entertainment Weekly

“A gripping page turner that explores the pressures of modern motherhood, as well as a mother’s absolute worst nightmare. I could not be prouder to be bringing this thriller to the big screen.” — Kerry Washington

“A desperate, thrilling mystery that you’ll think you have all figured out – until you realize you don’t.” — Marie Claire

“A riveting psychological thriller that takes a sharp, insightful look at motherhood, The Perfect Mother explores the pressures, the hopes, the fears, and the secrets between a group of friends who realize how little they know one another when a crisis strikes. A fast-paced, twisty, engrossing read—I loved it!” — Megan Miranda, author of All the Missing Girls

“A fresh addition to the psycho-thriller shelf.” — Washington Post, “6 Beach Reads That Will Bring You More Pleasure than Guilt”

“Molloy, a master of clever misdirection, deftly explores the expectations, insecurities, and endless judgement that accompany motherhood in this fast-paced thriller featuring a bevy of strong, smart, and realistically flawed women who, refreshingly, have each other’s backs when it counts the most. Mesmerizing.” — Kirkus Reviews (starred)

“A novel about internalized sexism, specifically as it relates to motherhood.... Each protagonist has a demon of her own to fight, and with it a new angled on the fundamental question of how a woman can reject the world’s beliefs about who she should be.” — Los Angeles Review of Books

“For a charmed group of new moms, a girls’ night out ends in one mother’s worst nightmare. In twist after masterful twist, secrets and lies begin to unravel; The Perfect Mother is a tense and riveting page turner with an ending you won’t see coming.” — Liv Constantine, author of The Last Mrs. Parrish

“I raced through The Perfect Mother, desperate to find out what would happen. Both the writing and the characterization are excellent, and it was so easy to identify with these women and the pressure they are under.  I absolutely loved it—a true page turner!” — B.A. Paris, author of The Breakdown and Behind Closed Doors

“A captivating and deeply insightful page-turner, The Perfect Mother is both a riveting mystery and a satisfyingly sharp social commentary about what it means to be a good mother.” — Kimberly McCreight, author of Reconstructing Amelia and Where They Found Her

“Readers who can’t get enough of suburban suspense along the lines of Liane Moriarty B. A. Paris will want to give this a try.” — Booklist

[A] promising first novel.... The mystery of Midas’s disappearance may be the skeleton on which Molloy’s plot hangs, but it’s her characters’ anxieties that give the story life and substance.... Her clever narrative structure heightens tension while spotlighting the solitary struggles of motherhood.” — Publishers Weekly

“Impressive and satisfying.... This gripping and fresh novel will provoke as much thought as it does excitement.” — BookPage

“Perfect for fans of Gone Girl. If you’re looking for a dose of suspense combined with wry observations about modern motherhood, this is it.” — Working Mother 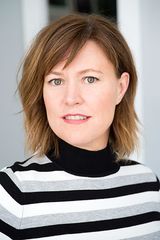