Another Side of Paradise 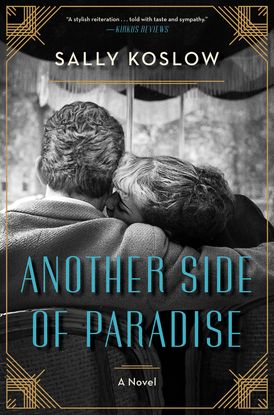 Another Side of Paradise

“A stunning, utterly captivating read. Another Side of Paradise delivers an unforgettable portrait of F. Scott Fitzgerald and Sheilah Graham, a remarkable couple steeped in all the glamour, romance, and intrigue of old Hollywood. Their wild ride of a love affair is one for the ages!” — Kathleen Grissom, New York Times bestselling author of The Kitchen House and Glory Over Everything

A novel based on the true story of F. Scott Fitzgerald and his longtime mistress, Sheilah Graham—an unforgettable tale of love, celebrity, and Gatsby-esque self-creation in 1930s Hollywood.

In 1937 Hollywood, gossip columnist Sheilah Graham’s star is on the rise, while literary wonder boy F. Scott Fitzgerald’s career is slowly drowning in booze. But the once-famous author, desperate to make money penning scripts for the silver screen, is charismatic enough to attract the gorgeous Miss Graham, a woman who exposes the secrets of others while carefully guarding her own. Like Fitzgerald’s hero Jay Gatsby, Graham has meticulously constructed a life far removed from the poverty of her childhood in London’s slums. And like Gatsby, the onetime guttersnipe learned early how to use her charms to become a hardworking success; she is feted and feared by both the movie studios and their luminaries.

A notorious drunk famously married to the doomed Zelda, Fitzgerald fell hard for his “Shielah” (he never learned to spell her name), a shrewd yet softhearted woman—both a fool for love and nobody’s fool—who would stay with him and help revive his career until his tragic death three years later. Working from Sheilah’s memoirs, interviews, and letters, Sally Koslow revisits their scandalous love affair and Graham’s dramatic transformation in London, bringing Graham and Fitzgerald gloriously to life with the color, glitter, magic, and passion of 1930s Hollywood.

“In Another Side of Paradise, Sally Koslow gives us an intimate portrait of a tumultuous love affair that defies tragedy. You will not want to put it down.” — David Gillham, New York Times bestselling author of City of Women

“A stunning, utterly captivating read. Another Side of Paradise delivers an unforgettable portrait of F. Scott Fitzgerald and Sheilah Graham, a remarkable couple steeped in all the glamour, romance, and intrigue of old Hollywood. Their wild ride of a love affair is one for the ages!” — Kathleen Grissom, New York Times bestselling author of The Kitchen House and Glory Over Everything

“Isn’t a beautifully written page-turner the ideal read? Well, here it is.  I am full of admiration and gratitude for this wonderful novel. Brava, Sally Koslow. I didn’t want your fascinating and tender book to end.” — Elinor Lipman, author of On Turpentine Lane and The Inn at Lake Devine

“Koslow’s imagined account of the real-life affair between the writer and the seductive expat is captivating.” — People

“Sally Koslow’s novel about the romance between legendary gossip columnist Sheilah Graham and F. Scott Fitzgerald is addictive reading. Even if you think you know about her rags-to-riches rise in London and Hollywood, or the couple’s relationship, you’ll be surprised by the nuance and new details that Another Side of Paradise brings to light.” — Meryl Gordon, New York Times bestselling author of Bunny Mellon: The Life of an American Style Legend

“Looking for something deliciously dishy with a side of wry? This golden age Hollywood novel is your ticket.”
— Oprah.com 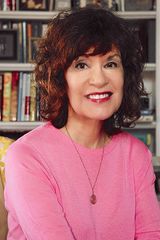 Sally Koslow is the author of Another Side of Paradise, The Late, Lamented Molly Marx; The Widow Waltz; With Friends Like These; and the nonfiction work Slouching Toward Adulthood. Her debut novel, Little Pink Slips, was inspired by her long career as the editor in chief of the iconic magazine, McCall’s. Her books have been published in a dozen countries.

Other Works by Sally Koslow