One Man's Journey from Gangleader to Peacekeeper 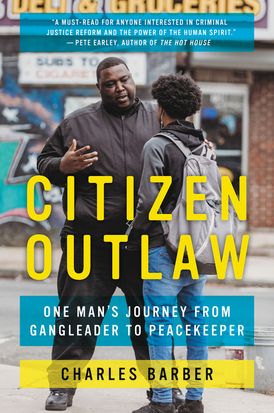 One Man's Journey from Gangleader to Peacekeeper

A dramatic narrative account of the life of William Juneboy Outlaw III, whose journey from housing-project youth to ruthless gangland kingpin to change-making community advocate represents a vital next chapter in the ongoing conversation about race and social justice in America

When he was in his early twenties, William Juneboy Outlaw III was sentenced to eighty-five years in prison for homicide and armed assault. The sentence brought his brief but prolific criminal career as the head of a forty-member cocaine gang in New Haven, Connecticut, to a close. But behind bars, Outlaw quickly became a feared prison “shot caller” with 150 men under his sway.

Then everything changed: his original sentence was reduced by sixty years. At the same time, he was shipped to a series of the most notorious federal prisons in the country, where he endured long stints in solitary confinement—and where transformational relationships with a fellow inmate and a prison therapist made him realize that he wanted more for himself.

Upon his release, Outlaw took a job at Dunkin’ Donuts, volunteered in the New Haven community, and started to rebuild his life. He now is an award-winning community advocate, leading a team of former felons who negotiate truces between gangs on the very streets that he once terrorized. The homicide rate in New Haven has dropped 70 percent in the decade that he’s run the team—a drop as dramatic as in any city in the country.

Written with exclusive access to Outlaw himself, Charles Barber’s Citizen Outlaw is the unforgettable story of how a gang leader became the catalyst for one of the greatest civic crime reductions in America, and an inspiring argument for love and compassion in the face of insurmountable odds

“Inspiring . . . Barber could not have chosen a better subject; Outlaw is smart, charismatic, and someone readers will instantly root for. . . . A must-read especially for those interested in social justice and prison reform.” - Booklist

"I knew my friend Juneboy Outlaw when he was a gangster in the 1980s. I am so proud of what he has become. Against all odds, he acquired enough spiritual and self-knowledge to go from a gangster to a prisoner to an award-winning peacekeeper and positive force in his community. I cannot recommend enough the book about his life, Citizen Outlaw." - Dapper Dan, Fashion innovator and author of Dapper Dan: Made in Harlem

“Citizen Outlaw plunges readers inside the belly of the beast with such searing credibility, you’ll feel you’re there.Brilliantly crafted, Citizen Outlaw is that rare book that educates, entertains, and inspires. It’s a must read for anyone interested in criminal justice reform and the power of the human spirit.” - Pete Earley, author of The Hot House: Life Inside Leavenworth Prison

“An extraordinary book about an extraordinary man. Citizen Outlaw is a great American gangster story, told with wit and insight. This account of his life is riveting and unexpectedly moving—a life-and-death saga that is also a meditation on the nature of ambition.” - Kelefa Sanneh, staff writer, The New Yorker

“Charles Barber’s Citizen Outlaw is an elegantly written account tackling one of the most important moral issues of our time—the role of redemption in our justice system and our society. This book offers an unforgettable rendering of a life redeemed.” - Jennifer Gonnerman, author of Life on the Outside: The Prison Odyssey of Elaine Bartlett

“What does it mean when the person least likely to turn around his life actually does it? William Outlaw’s story, told by Charles Barber with sensitivity and wisdom and jaw-dropping detail, will amaze and inspire you.” - Robert Kolker, author of Lost Girls: An Unsolved American Mystery 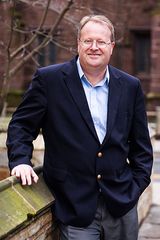 Charles Barber is a Writer in Residence at Wesleyan University and a Lecturer in Psychiatry at Yale.  He has written widely on mental health and criminal justice issues, both in popular and scholarly publications, including The New York Times, The Washington Post, Salon, The Nation, and Scientific American Mind. Charlie has appeared on the BBC, CNN, CBS News, and NPR’s Fresh Air. He lives in Connecticut with his family.

Other Works by Charles Barber