A How-to Guide for Dudes Who Want to Get Fit, Kick Ass, and Take Names 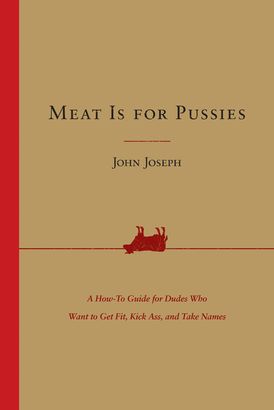 A How-to Guide for Dudes Who Want to Get Fit, Kick Ass, and Take Names

Punk rock icon John Joseph grew up on the mean streets of New York City in the 1970s. From gang fights to drug addiction, foster homes to lockups—he’s lived it all. But shifting the way he thought about food and committing to a plant-based diet is the one decision he credits with saving his life.

Today, he’s completing triathlons, keeping up with guys half his age, and still rocking with his band on world tours. In Meat Is for Pussies, he offers a no-holds-barred guide to plant-based living for every dude out there who thinks grilling burgers, eating at a steak house, or sitting down with a bucket of wings is a “guy thing.”

Joseph presents a throw-down of information, offering both personal and scientific evidence that a plant-based diet offers the best path to athleticism, strength, sexual stamina, and health. In addition to smashing the myths surrounding meat, Joseph offers a meal plan, recipes, and a workout regimen that make it easy to go plant-based and get a ripped body.

“John Joseph has more energy than a Tasmanian Devil, is more charismatic than Regis, and has led more lives than an alley cat.” - Rip Esselstyn, New York Times bestselling author of The Engine 2 Diet, triathlete and firefighter

“In language that cannot be misunderstood, John has written the quintessential pussy-transformation guide.” - Brendan Brazier, author of Thrive: The Vegan Nutrition Guide To Optimal Performance in Sports and Life

“Meat is for Pussies is a book for real men ... the kind who are made of real meat!” - Morgan Spurlock, Supersize Me/ Inside Man (CNN)

“When we are born, our bodies are turbo engines. After years of eating junk food and animal products, we turn our bodies into clunkers. John Joseph’s raw honesty drives that point home to perfection. And his advice works: The benefits of a plant based diet can be profound. ” - Robert Ostfeld, MD, Director of the Cardiac Wellness Program, Montefiore Hospital and Associate Professor of Clinical Medicine, Albert Einstein College of Medicine

“The plant-based movement is exploding thanks to people like John Joseph, who has never worn a pair of Birkenstocks. John has long shown how there’s nothing tough, manly, or rebellious about willfully participating in an animal-based, junk-food, big pharma system...” - Brian Wendel, Producer, Forks Over Knives

“Think meat makes you strong and tough? Think again! This book blows away the myths and tells it like it is. Current meat-heavy diet fads, especially the Paleo diet, are based on pure fantasy, backed by years of lies and misinformation. Want the truth? Read this book now!” - James Wilks, UFC Fighter, Winner of Ultimate Fighter US vs. UK

“John destroys the stereotype of a ‘wimpy vegetarian’ and shows that anyone can live a cruelty-free life.” - Chef Tal Ronen, author The Conscious Cook

“I’m really glad that John Joseph is finally showing that vegans are some of the strongest, healthiest, and toughest people on the planet.” - Moby 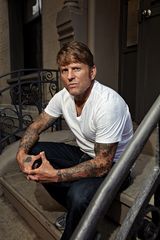 John Joseph is the front man for the legendary punk band the Cro-Mags and the author of the self-published memoir The Evolution of a Cro-Magnon. He is an Ironman triathlete and has been strictly plant-based for thirty-three years and counting. He lives in New York City.

Other Works by John Joseph

Secrets From the Eating Lab

The End of Dieting