A Novel of Dorothea Lange, the Woman Who Revealed the Real America 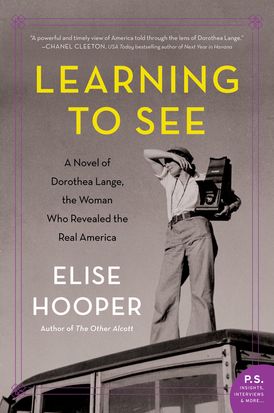 A Novel of Dorothea Lange, the Woman Who Revealed the Real America

If you liked Sold on a Monday and Beautiful Exiles, you'll love this novel about strong-willed trailblazing photographer, Dorothea Lange, whose fame grew during World War II and the Great Depression.

“Hooper excels at humanizing giants....seamlessly weaving together the time, places and people in Lange’s life...For photo buffs and others familiar with her vast body of work, reading the book will be like discovering the secret backstory of someone they thought they knew.” —The Washington Post

In 1918, a fearless twenty-two-year old arrives in bohemian San Francisco from the Northeast, determined to make her own way as an independent woman. Renaming herself Dorothea Lange she is soon the celebrated owner of the city’s most prestigious and stylish portrait studio and wife of the talented but volatile painter, Maynard Dixon.

By the early 1930s, as America’s economy collapses, her marriage founders and Dorothea must find ways to support her two young sons single-handedly. Determined to expose the horrific conditions of the nation’s poor, she takes to the road with her camera, creating images that inspire, reform, and define the era. And when the United States enters World War II, Dorothea chooses to confront another injustice—the incarceration of thousands of innocent Japanese Americans.

At a time when women were supposed to keep the home fires burning, Dorothea Lange, creator of the most iconic photographs of the 20th century, dares to be different. But her choices came at a steep price…

“Historical fiction fans will gobble up Hooper’s novel and be left with the satisfied feeling that they have lived through much of the 20th century with Dorothea Lange.” - Publishers Weekly

“Hooper makes me not only feel for Lange, but also wish I could call her up like her friend, Imogen [Cunningham], and tell her I’m coming over for a visit.” - Forbes

“Hooper excels at humanizing giants....seamlessly weaving together the time, places and people in Lange’s life...For photo buffs and others familiar with her vast body of work, reading the book will be like discovering the secret backstory of someone they thought they knew.” - Washington Post

“A fascinating and sometimes surprising introduction to a woman known for her iconic photographs but not her eventful life.” - Library Journal

“Hooper deftly balances the fascinating historical fabric of the novel with the personal life of its complicated protagonist. What results is a vivid and deep story that will send the reader to the internet seeking more.I give it my highest recommendation.” - Erika Robuck, national bestselling author of Fallen Beauty and Hemingway’s Girl

“Elise Hooper’s Dorothea Lange is magnetic!...This is a winning novel from the first page.” - Devin Murphy, national bestselling author of The Boat Runner and Tiny Americans

“Written with grace, empathy, and bright imagination, LEARNING TO SEE gives us the vivid interior life of a remarkably resilient woman. Dorothea Lange’s story is about passion and art, love and family, but also about the sacrifices women make—and have always made—to illuminate the truth of the world.” - Danya Kukafka, National Bestselling author of Girl in Snow

“Gorgeously written with exquisite historical detail, Learning to See is a fascinating tale of one remarkable woman’s life. Told with the same precise prose and terrific nuance as her stunning debut, The Other Alcott, Elise Hooper proves once again that she’s a masterful storyteller.” - Lisa Duffy, author of The Salt House

“A powerful and timely view of America told through the lens of Dorothea Lange, a fascinating woman whose photographs shone a light on the nation’s forgotten and abandoned...Detailed and thoroughly immersive, Learning to See grips the reader and highlights an important period in American history.” - Chanel Cleeton, author of Next Year in Havana

“Hooper does an admirable job at condensing a multitude of decades and careers into an immensely entertaining and page-turning novel.” - Historical Novel Society

“Her adventures illuminate the world of intrepid female artists in the late 1800s, a milieu too little appreciated today [...] The Other Alcott comes alive in its development of the relationship between Louisa and May.” - New York Times, Sunday Review of Books

“More than ever, we need books like this – in celebration of a woman overlooked by history, one whose story helps shed light on our own contemporary search for love, identity and meaning.” - Tara Conklin, New York Times bestselling author of The House Girl

“To read this book is to understand why the women behind Little Women continue to cast a long shadow over our imaginations and dreams. Hooper is a writer to watch!” - Elisabeth Egan, author of A Window Opens 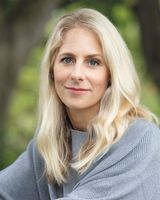