You May Kiss the Duke 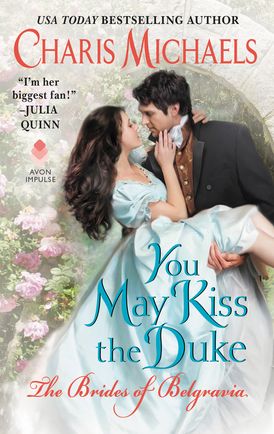 You May Kiss the Duke

Sabine Noble has given little thought to her husband over the past five years. Theirs is a true marriage of convenience: she gained protection from her abusive uncle and the chance to live freely in London, while he gained the dowry necessary to make his business venture a success. But as she’s investigating her uncle’s nefarious deeds in hopes of gaining her revenge, she discovers the body of a half-dead man on a ship, only to realize the man is her husband.

When Captain Jon Stoker awakens in a strange house, he’s astonished to realize that he’s being cared for by his estranged wife. Although she’s not much of a nursemaid, he finds his long-held attraction for his beautiful wife deepening as he discovers her powerful spirit and fierce drive.

As Stoker regains his strength, he begins to help Sabine on her quest to bring her uncle to justice. And along the way, two lonely people discover that their marriage of convenience has become a union of souls. 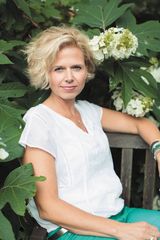 USA Today bestselling author Charis Michaels believes a romance novel is a long, entertaining answer to the question, “So, how did you two meet?” and she loves making up new ways for fictional characters to meet and dislike each other before falling in love instead. She grew up on a peach farm in Texas and gave tours at Disney World in college but now can be found raising her family and writing love stories from her screened-in porch in Northern Virginia.

Other Works by Charis Michaels

All Dressed in White

Any Groom Will Do

When You Wish Upon a Duke

A Duchess a Day

One for the Rogue

The Virgin and the Viscount

The Earl Next Door