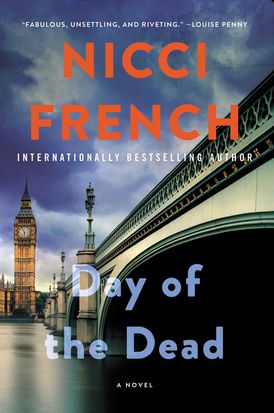 JOSEPH FINDER says they're "in the rich vein of Kate Atkinson."

Now the final book in this extraordinary series is here. And it's an ending you'll never forget.

A decade ago, psychologist Frieda Klein was sucked into the orbit of Dean Reeve -- a killer able to impersonate almost anyone, a man who can disappear without a trace, a psychopath obsessed with Frieda herself.

In the years since, Frieda has worked with -- and sometimes against -- the London police in solving their most baffling cases. But now she's in hiding, driven to isolation by Reeve. When a series of murders announces his return, Frieda must emerge from the shadows to confront her nemesis. And it's a showdown she might not survive.

Criminology student Lola Hayes has tracked Frieda down with a single-minded pursuit: she wants to delve inside the mind of a woman besieged by darkness. But in following every move Frieda makes, Lola is exposing herself to the same terrors—and the same twisted fixation of a diabolical psychopath.

This gripping cat-and-mouse thriller pits one of the most fascinating characters in contemporary fiction against an enemy like none other. Smart, sophisticated, and spellbinding, it's a novel to leave you breathless.

“The husband-and-wife team of Nicci Gerrard and Sean French combine psychological suspense with a form of police procedural in a brilliant cat-and-mouse game that provides the perfect finale for this concluding entry in the celebrated Frieda Klein series.” — Booklist (starred review)