How Elizabeth Jennings Won the Right to Ride in New York 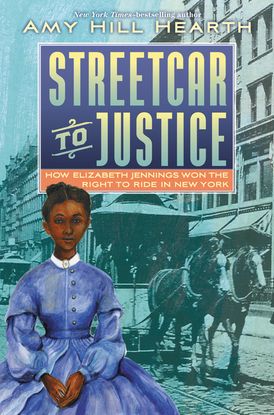 How Elizabeth Jennings Won the Right to Ride in New York

Starred reviews hail Streetcar to Justice as "a book that belongs in any civil rights library collection" (Publishers Weekly) and "completely fascinating and unique” (Kirkus). An ALA Notable Book and winner of a Septima Clark Book Award from the National Council for the Social Studies.

Bestselling author and journalist Amy Hill Hearth uncovers the story of a little-known figure in U.S. history in this fascinating biography.

In 1854, a young African American woman named Elizabeth Jennings won a major victory against a New York City streetcar company, a first step in the process of desegregating public transportation in Manhattan.

This illuminating and important piece of the history of the fight for equal rights, illustrated with photographs and archival material from the period, will engage fans of Phillip Hoose’s Claudette Colvin and Steve Sheinkin’s Most Dangerous.

One hundred years before Rosa Parks refused to give up her seat on a bus in Montgomery, Alabama, Elizabeth Jennings’s refusal to leave a segregated streetcar in the Five Points neighborhood of Manhattan set into motion a major court case in New York City.

On her way to church one day in July 1854, Elizabeth Jennings was refused a seat on a streetcar. When she took her seat anyway, she was bodily removed by the conductor and a nearby police officer and returned home bruised and injured. With the support of her family, the African American abolitionist community of New York, and Frederick Douglass, Elizabeth Jennings took her case to court. Represented by a young lawyer named Chester A. Arthur (a future president of the United States) she was victorious, marking a major victory in the fight to desegregate New York City’s public transportation.

Amy Hill Hearth, bestselling author of Having Our Say: The Delany Sisters’ First 100 Years, illuminates a lesser-known benchmark in the struggle for equality in the United States, while painting a vivid picture of the diverse Five Points neighborhood of Manhattan in the mid-1800s.

“Wrapped up in Hearth’s detailing of Jennings’s courage is a sobering recognition that the shame of our nation’s history was widespread....Hearth reminds us that Jennings was not only blocked from riding in a streetcar, she also faced institutional obstacles.” - New York Times Book Review

★ “Hearth steps out of the role of omniscient narrator, making the work a personal journey, allowing readers to follow as she describes her process from inspiration to researching and building the tale, one bit of evidence at a time. Completely fascinating and unique.” - Kirkus Reviews (starred review)

★ “Hearth draws on her journalism roots to carefully piece together the story of a mostly forgotten figure in the struggle for racial equality in the United States. ...Heart grounds Jennings’ story in vivid sensory detail...a book that belongs in any civil rights library collection.” - Publishers Weekly (starred review)

“[A] gem of a story...illustrations from the era and extensive notes and references help readers follow the story. Those interested in the myriad origins of the civil rights movement will be fascinated by the case and how it galvanized the black community of its day.” - Booklist 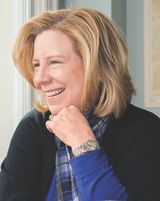 Other Works by Amy Hill Hearth