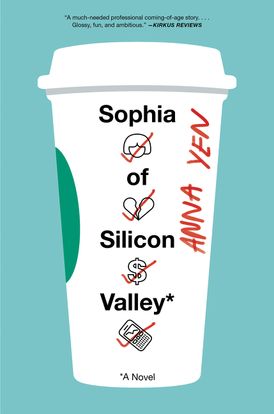 Sharp, dramatic, and full of insider dish, SOPHIA OF SILICON VALLEY is one woman’s story of a career storming the corridors of geek power and living in the shadow of its outrageous cast of maestros.

During the heady years of the tech boom, incorrigibly frank Sophia Young lucks into a job that puts her directly in the path of Scott Kraft, the eccentric CEO of Treehouse, a studio whose animated films are transforming movies forever. Overnight, Sophia becomes an unlikely nerd whisperer. Whether her success is due to dumb luck, savage assertiveness, insightful finesse (learned by dealing with her irrational Chinese immigrant mother), or a combination of all three, in her rarified position she finds she can truly shine.

As Scott Kraft’s right-hand woman, whip-smart Sophia is in the eye of the storm, sometimes floundering, sometimes nearly losing relationships and her health, but ultimately learning what it means to take charge of her own future the way the men around her do. But when engineer/inventor Andre Stark hires her to run his company’s investor relations, Sophia discovers that the big paycheck and high-status career she’s created for herself may not be worth living in the toxic environment of a boys-club gone bad.

“A funny and surprisingly inspirational story about a genuine character, Sophia, who truly “leans in” to life in Silicon Valley’s fast lane. You get hooked on the roller coaster ride, watching her fall on her face, and pop back up--several times! Yen’s roman a clef is a delightful, touching tale that is perfect for the tech-generation or anyone fascinated by its culture.” - Larry Kramer, President of USA Today

“This laugh out loud inspired tale offers a peek behind the mysterious idiosyncrasies of Silicon Valley geniuses and one woman’s fight to navigate career success while having a life.” - Ellen Pack, founder of women.com

“With uncanny parallels to the Silicon Valley narratives we know and love, Anna Yen manages to break the mold with this fresh debut about being a young woman coming up in tech. Told with sharp wit and unforgettable detail, Sophia of Silicon Valley is a remarkably entertaining story and one of my favorite books in years!” - Jon M. Chu, Film Director, Crazy Rich Asians 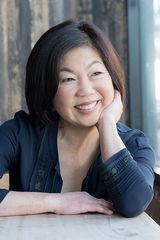 Anna Yen has worked at a wide range of tech companies. She spearheaded investor relations for industry leaders such as Tesla Motors, Market Watch, and Pixar Animations Studios, and reported directly to some of Silicon Valley's most respected leaders. She has co-founded several tech start-ups and is currently Managing Director at Ellipsis, an investor relations firm. She lives in San Francisco.

Other Works by Anna Yen