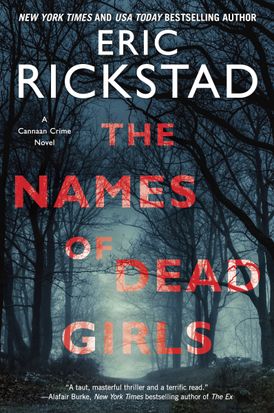 “As I read Eric Rickstad’s latest, The Names of Dead Girls, I felt myself constantly wanting to skip ahead -- anxious, desperate, to find out what was going to happen...You’re in the hands of one of the best in the business, at the very peak of his form. “ -- Michael Harvey, author of Brighton

Every murder tells a story. Some stories never end . . .

In a remote northern Vermont town, college student Rachel Rath is being watched. She can feel the stranger’s eyes on her, relentless and possessive. And she’s sure the man watching her is the same man who killed her mother and father years ago: Ned Preacher, a serial rapist and murderer who gamed the system to get a light sentence. Now, he’s free.

Detective Frank Rath adopted Rachel, his niece, after the shocking murder of her parents when she was a baby. Ever since, Rath’s tried to protect her from the true story of her parents’ deaths. But now Preacher is calling Rath to torment him. He’s threatening Rachel and plotting cruelties for her, of the flesh and of the mind. When other girls are found brutally murdered, and a woman goes missing, Rath and Detective Sonja Test must untangle the threads that tie these new crimes and some long-ago nightmares together. Soon they will learn that the truth is more perverse than anyone could guess, rife with secrets, cruel desires, and warped, deadly loyalty.

Mesmerizing, startling, and intricately plotted, The Names of Dead Girls builds relentlessly on its spellbinding premise, luring readers into its dark and macabre mystery, right to its shocking end.

“Beautifully written with original language and imagery, The Names of Dead Girls is a chilling page-turner. The superb cast of characters rings so very true, from the conflicted mom police detective to the troubled Rachel Rath to the anthropomorphic, wet fog. Atmospheric, empathetic, and addictive.” - James Ziskin, Edgar-nominated author of the Ellie Stone Mysteries

“Eric Rickstad is the rare writer who can wrap a dark, gritty story in smooth, poetic prose. If you haven’t discovered his work yet, The Names of Dead Girls is the place to start. It’s a taut, masterful thriller and a terrific read.” - Alafair Burke, New York Times bestselling author of The Ex


“Eric Rickstad has handed us a diamond of a thriller in The Names of Dead Girls.” - Mark Pryor, author of The Paris Librarian

“A complex and emotional thriller—Rickstad blurs the lines of good and evil as a detective’s desperate need to protect his daughter from a depraved killer, and his hunger for justice, distorts his obligation to the law.” - Wendy Walker, bestselling author of Emma in the Night and All is Not Forgotten

“The Names of Dead Girls is that brilliant, rare literary thriller: captivating in character, told with precision, and fueled by relentless, mounting terror. A compulsive page-turner that will have you racing to the end even as you dread what’s coming.” - Steve Weddle, author of Country Hardball

“The Names of Dead Girls is a taut, slick thriller that absolutely races out of the gate. Eric Rickstad has a special talent for writing scenes that are almost unbearably tense. Warning: Once you start this one, you won’t be able to stop.” - Brad Parks, author of Say Nothing

“As I read Eric Rickstad’s latest, The Names of Dead Girls, I felt myself constantly wanting to skip ahead -- anxious, desperate, to find out what was going to happen...You’re in the hands of one of the best in the business, at the very peak of his form. “ - Michael Harvey, author of Brighton

“With the third release in his series of mysteries that take place in Canaan, Vermont, Eric Rickstad has fully developed his stomping grounds into an eerie, terrifying place comparable to Stephen Kings’s Castle Rock, Maine.” - Pop Mythology

“Eric Rickstad’s is a name to remember.” - Criminal Element 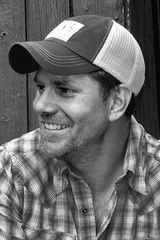 Eric Rickstad is the New York Times, USA Today, and international bestselling author of The Silent Girls, Lie in Wait, and Reap, novels heralded as intelligent and profound, dark, disturbing, and heartbreaking. He lives in his home state of Vermont with his wife, daughter, and son.

Other Works by Eric Rickstad

What Remains of Her