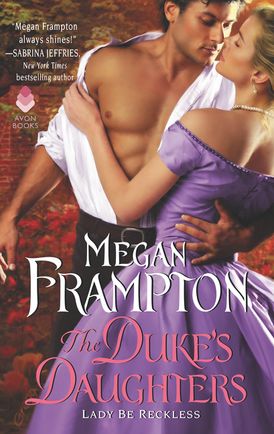 The Duke’s five daughters have beauty, breeding, and impeccable reputations. Or at least, they did. Now that two have chosen to follow their hearts, can the others be far behind?

Lady Olivia refuses to repeat her siblings’ scandalous mistakes. Instead, she will marry the lord rejected by her sister and help with his good works. When he resists, Olivia forms another plan: win his lordship’s admiration by helping his illegitimate best friend find a bride. How difficult can it be to transform the rakish Edward Wolcott into a gentleman? To ignore his virile good looks? To not kiss him in a moment of impulsive madness? Apparently, very difficult indeed.

Edward Wolcott promised his ailing father he would marry well, and it appears Lady Olivia wishes to assist him. The sparkling firebrand intends to smooth his way through London’s ballrooms, parlors, and eligible ladies, while all Edward’s thoughts suddenly revolve around bedrooms . . . and Lady Olivia herself.  Only a scoundrel would seduce the duke’s most dutiful daughter. And only a truly reckless lady would risk everything to be in his arms . . .

“With the second dazzling installment in her Duke’s Daughters series, Frampton once again works her distinctive brand of literary alchemy by taking superbly nuanced characters, plenty of potent passion, and a generous measure of delightfully tart wit and distilling all these ingredients down into another irresistible romance.” - Booklist (starred review) 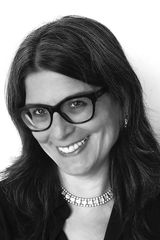 Megan Frampton writes historical romance under her own name and romantic women’s fiction as Megan Caldwell. She likes the color black, gin, dark-haired British men, and huge earrings, not in that order. She lives in Brooklyn, New York, with her husband and kid.

Other Works by Megan Frampton

The Lady Is Daring

Why Do Dukes Fall in Love?