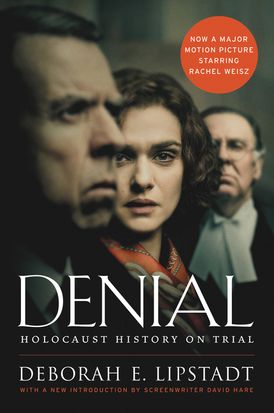 In her acclaimed 1993 book Denying the Holocaust, Deborah Lipstadt called David Irving, a prolific writer of books on World War II, “one of the most dangerous spokespersons for Holocaust denial.” The following year, after Lipstadt’s book was published in the United Kingdom, Irving led a libel suit against Lipstadt and her publisher. She prepared her defense with the help of a first-rate team of solicitors, historians, and experts, and a dramatic trial unfolded.

Denial, previously published as History on Trial, is Lipstadt’s riveting, blow- by-blow account of this singular legal battle, which resulted in a formal denunciation of a Holocaust denier that crippled the movement for years to come. Lipstadt’s victory was proclaimed on the front page of major news- papers around the world, such as The Times (UK), which declared that “history has had its day in court and scored a crushing victory.”

“Powerful…. No one who cares about historical truth, freedom of speech or the Holocaust will avoid a sense of triumph.” - Publishers Weekly (starred review)

“Lipstadt gives a detailed account of the trial that never loses its suspense, readability or momentum. Or humor.” - Salon.com

“Fascinating.... [Lipstadt] takes us into the moment and produces a courtroom drama as enthralling as any fictional one.” - San Jose Mercury News

“Deborah Lipstadt is writing for us. And for the ages.” - Atlanta Journal-Constitution

“History on Trial is not the first book about the case....But Lipstadt’s story is more personal, compelling and intriguing.” - San Francisco Chronicle

“A compelling book, History on Trial is memoir and courtroom drama, a work of historical and legal import. ” - Jewish Week

“Compelling…. Lipstadt’s vigorous account is a window into a Jewish community still grappling with the loss of 6 million souls.” - Newsweek International 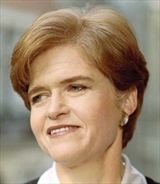 Deborah E. Lipstadt is Dorot Professor of Modern Jewish and Holocaust Studies and director of the Institute for Jewish Studies at Emory University. She is the author of Denying the Holocaust: The Growing Assault on Truth and Memory.

Other Works by Deborah E. Lipstadt