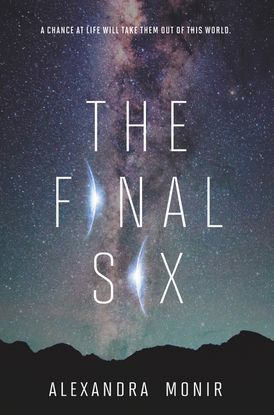 Set in the near future, this action-packed YA novel—already optioned by Sony Pictures—will take readers out of this world and on a quest to become one of six teens sent on a mission to Jupiter’s moon. This is the next must-read for fans of Illuminae and The Martian.

When Leo and Naomi are drafted, along with twenty-two of the world’s brightest teenagers, into the International Space Training Camp, their lives are forever changed. Overnight, they become global celebrities in contention for one of the six slots to travel to Europa—Jupiter’s moon—and establish a new colony, leaving their planet forever. With Earth irreparably damaged, the future of the human race rests on their shoulders.

For Leo, an Italian championship swimmer, this kind of purpose is a reason to go on after losing his family. But Naomi, an Iranian-American science genius, is suspicious of the ISTC and the fact that a similar mission failed under mysterious circumstances, killing the astronauts onboard. She fears something equally sinister awaiting the Final Six beneath Europa’s surface.

In this cutthroat atmosphere, surrounded by strangers from around the world, Naomi finds an unexpected friend in Leo. As the training tests their limits, Naomi and Leo’s relationship deepens with each life-altering experience they encounter.

But it’s only when the finalists become fewer and their destinies grow nearer that the two can fathom the full weight of everything at stake: the world, the stars, and their lives.

“A breathtakingly real look at love, loss, and the dangers of space, THE FINAL SIX skyrockets into twists and turns I never saw coming!” - Beth Revis, NYT bestselling author of Across the Universe series

“I sat down to read a bit before bed and then it was two a.m. and the book was half gone. This is a space competition of epic proportions, loaded with disturbing hidden secrets and intense action. Your eyes will be glued to the page.”  - Kendare Blake, #1 NYT bestselling author of Three Dark Crowns

“An ingenious thrill ride of a novel with memorable, diverse characters, The Final Six is a five-star read.” - Alyson Noel, #1 New York Times bestselling author of The Immortals series

“A stunning new take on the dystopian novel.” - Paperback Paris

“This novel is YA sci-fi grounded in a very plausible, only-just-in-the-future version of our world, with two relatable, compelling MCs and a relentless thriller pace. Read it!” - Barnes & Noble Teen Blog 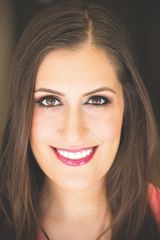 Alexandra Monir is an Iranian-American author and recording artist. She is the author of the hit novel The Final Six as well as four other published young adult novels, including the bestselling time-travel romance Timeless. She currently resides in Los Angeles, California. To learn more about Alexandra, visit her online at www.alexandramonir.com.

Other Works by Alexandra Monir