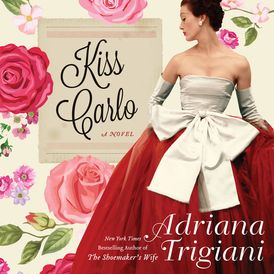 From Adriana Trigiani, the beloved New York Times-bestselling author of The Shoemaker’s Wife, comes an exhilarating epic novel of love, loyalty, and creativity—the story of an Italian-American family on the cusp of change.

It’s 1949 and South Philadelphia bursts with opportunity during the post-war boom. The Palazzini Cab Company & Western Union Telegraph Office, owned and operated by Dominic Palazzini and his three sons, is flourishing: business is good, they’re surrounded by sympathetic wives and daughters-in-law, with grandchildren on the way. But a decades-long feud that split Dominic and his brother Mike and their once-close families sets the stage for a re-match.

Amidst the hoopla, the arrival of an urgent telegram from Italy upends the life of Nicky Castone (Dominic and his wife’s orphaned nephew) who lives and works with his Uncle Dom and his family. Nicky decides, at 30, that he wants more—more than just a job driving Car #4 and more than his longtime fiancée Peachy DePino, a bookkeeper, can offer. When he admits to his fiancée that he’s been secretly moonlighting at the local Shakespeare theater company, Nicky finds himself drawn to the stage, its colorful players and to the determined Calla Borelli, who inherited the enterprise from her father, Nicky must choose between the conventional life his family expects of him or chart a new course and risk losing everything he cherishes.

From the dreamy mountaintop village of Roseto Valfortore in Italy, to the vibrant streets of South Philly, to the close-knit enclave of Roseto, Pennsylvania, to New York City during the birth of the golden age of television, Kiss Carlo is a powerful, inter-generational story that celebrates the ties that bind, while staying true to oneself when all hope seems lost.

Told against the backdrop of some of Shakespeare’s greatest comedies, this novel brims with romance as long buried secrets are revealed, mistaken identities are unmasked, scores are settled, broken hearts are mended and true love reigns. Trigiani’s consummate storytelling skill and her trademark wit, along with a dazzling cast of characters will enthrall readers. Once again, the author has returned to her own family garden to create an unforgettable feast. Kiss Carlo is a jubilee, resplendent with hope, love, and the abiding power of la famiglia. 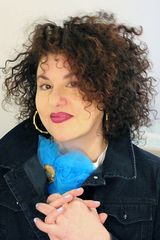 Beloved by millions of readers around the world for her "dazzling" novels, (USA Today) Adriana Trigiani is “a master of palpable and visual detail” (Washington Post) and “a comedy writer with a heart of gold” (New York Times). She is the New York Times bestselling author of eighteen books in fiction and nonfiction, published in 38 languages, making her one of the most sought after speakers in the world of books today.

Adriana is also an award-winning film director and screenwriter, playwright, and television writer and producer. Her screen adaptation of her bestselling novel Very Valentine premiered on Lifetime television in June 2019, launching their National Book Club. In 2018, she directed the feature film Then Came You, filmed on location in the Highlands of Scotland. She wrote and directed the award-winning major motion picture Big Stone Gap, based on her debut novel, filmed entirely on location in her Virginia hometown. Big Stone Gap spent 11 weeks in theatres in the fall of 2015 and was the #2 top-grossing romantic comedy of the year. She wrote and directed the documentary film, Queens of the Big Time, winner of the Audience Award at the Hamptons and Palm Springs International Film Festivals. Adriana co-founded The Origin Project, an in-school writing program which serves over 1,700 students in the Appalachian Mountains of Virginia. She lives in New York City with her family.

Other Works by Adriana Trigiani

All the Stars in the Heavens

The Girl From Ballymor