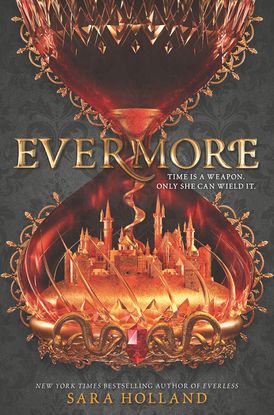 Jules Ember confronts the girl who is both her oldest friend and greatest enemy in the highly anticipated sequel to Everless, praised by New York Times bestelling author Stephanie Garber as “an intoxicating blend of blood, secrets, and haunting mythology.”

Jules Ember was raised hearing legends of the ancient magic of the wicked Alchemist and the good Sorceress. But she has just learned the truth: She is the Alchemist, and Caro—a woman who single-handedly murdered the Queen and Jules’s first love, Roan, in cold blood—is the Sorceress.

The whole kingdom believes that Jules is responsible for the murders, and a hefty bounty has been placed on her head. And Caro is intent on destroying Jules, who stole her heart twelve lifetimes ago. Now Jules must piece together the stories of her past lives to save the person who has captured her heart in this one.

Perfect for fans of Victoria Aveyard, Kiera Cass, and Kendare Blake, Evermore is the high-stakes, star-crossed follow up to the New York Times bestselling Everless that fans have been waiting for.

PRAISE FOR EVERLESS: “Sara Holland is a fierce storyteller. An intoxicating blend of blood, secrets, and haunting mythology, Everless gives new and terrifying meaning to the phrase running out of time.” - Stephanie Garber, New York Times bestselling author of Caraval

“Debut author Holland builds this world effortlessly. The author captures a fierce and solid female protagonist in Jules and surprising plot twists and unexpected villains make this series opener the next big thing. An action-packed, must-have fantasy for all YA shelves.” - School Library Journal

“Holland’s lush, intricately drawn world hides an undercurrent of darkness underneath a veneer of beauty and finery, and the twists are genuinely surprising. Jules’s first-person narration reveals a smart, resilient young woman determined to reconcile her past with an uncertain future. Readers will eagerly await her next journey.” - Publishers Weekly

“Propelled by inventive lore and magic, Jules’ story is a heady, addicting page-turner—especially for readers who prize worldbuilding over romance. Utterly absorbing; a must for fans of Sarah J. Maas’ Throne of Glass (2012) and its sequels.” - Kirkus Reviews

“Holland’s debut is set in an intricate and immersive fantasy world. The concept of Everless is refreshing and unique, and readers will be desperate to figure out Jules’ history as she unravels it.” - Booklist 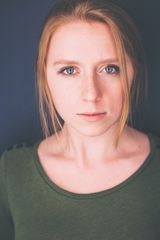 Sara Holland grew up between small-town Minnesota and the countless fictional worlds of books. She graduated from Wesleyan University and worked in a tea shop, a dentist’s office, and a state capitol building before heading to New York to work in publishing. These days, she can be found exploring the city’s bookstores or finding new ways to put caffeine in her bloodstream. Everless is her debut novel and is followed by Evermore. Visit her online at www.sarahollandwrites.com.

Other Works by Sara Holland