A Cycle of Lyrics 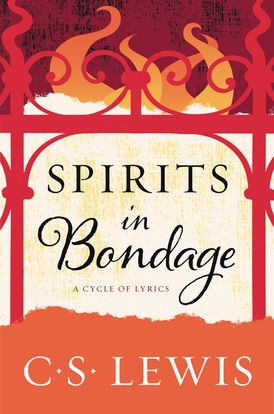 A Cycle of Lyrics

A repackaged edition of the revered author’s first book—a collection of poems, written in the wake of World War I, in which the young intellectual and soldier wrestles with the perplexing polarities of life, including love and war, evil and goodness, and other complex dichotomies.

In 1919, C. S. Lewis—the great British writer, scholar, lay theologian, broadcaster, Christian apologist, and bestselling author of Mere Christianity, The Screwtape Letters, The Great Divorce, The Chronicles of Narnia, and many other beloved classics—published his first book, Spirits in Bondage, under the pseudonym Clive Hamilton. Written when Lewis was a student at Oxford and during the war when he served at the front in France, Spirits in Bondage reflects the intellectual and spiritual struggles of a young man wounded by war and conflicted over faith. As he contemplates the nature of morality, love, the presence of evil, the possibility of God, and other profound questions. Lewis reveals a side of himself unfamiliar to many readers.

CLIVE STAPLES LEWIS (1898-1963) was one of the intellectual giants of the twentieth century and arguably one of the most influential writers of his day. He was a fellow and tutor in English Literature at Oxford University until 1954, when he was unanimously elected to the Chair of Medieval and Renaissance English at Cambridge University, a position he held until his retirement. He wrote more than thirty books, allowing him to reach a vast audience, and his works continue to attract thousands of new readers every year. His most distinguished and popular accomplishments include Mere Christianity, Out of the Silent Planet, The Great Divorce, The Screwtape Letters, and the universally acknowledged classic, The Chronicles of Narnia. To date, the Narnia books have sold over 100 million copies.