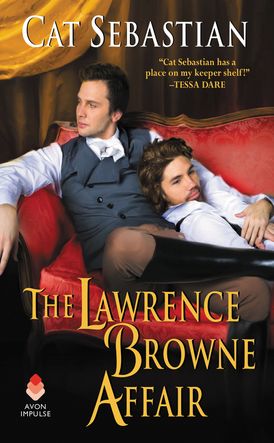 Lawrence Browne, the Earl of Radnor, is mad. At least, that’s what he and most of the village believes. A brilliant scientist, he hides himself away in his family’s crumbling estate, unwilling to venture into the outside world. When an annoyingly handsome man arrives at Penkellis, claiming to be Lawrence’s new secretary, his carefully planned world is turned upside down.

Georgie Turner has made his life pretending to be anyone but himself. A swindler and con man, he can slip into an identity faster than he can change clothes. But when his long-dead conscience resurrects and a dangerous associate is out for blood, Georgie escapes to the wilds of Cornwall. Pretending to be a secretary should be easy, but he doesn’t expect that the only madness he finds is the one he has for the gorgeous earl.

Can they find forever in the wreckage of their lives?

Challenging each other at every turn, the two men soon give into the desire that threatens to overwhelm them. But with one man convinced he is at the very brink of madness and the other hiding his real identity, only true love can make this an affair to remember.

“Sebastian infuses a romance that could have been dark with a constant thrum of mild humor and steady wonder. Another exquisitely written, deeply romantic novel from Sebastian.” — Kirkus Reviews (starred review)

“Readers will quickly be entranced by the depth of emotion and intensity of sensual desire Sebastian creates between her two protagonists. Pair this up with her flair for nuanced characterization and sly sense of wit, and Sebastian proves she is a new force to be reckoned with in historical romances.” — Booklist (starred review)

“The Lawrence Browne Affair is an excellent, character-driven romance that reminds us everyone deserves to love and be loved...a mesmerizing and powerful character-centric love story.” — All About Romance.com

“Cat Sebastian’s second male/male regency novel is a beautiful story about the ways in which we can make ourselves better for those we love. With echoes from The Thomas Crown Affair and Beauty and the Beast, Sebastian weaves a tale that manages to be sad, hopeful, and thoroughly satisfying.” — Heroes and Heartbreakers.com

On The Soldier’s Scoundrel: “Cat Sebastian sets a beautiful romance against a compelling story of blackmail, scandal and the impossibility of happily-ever-after... a reminder that love holds such power over us all. — Washington Post 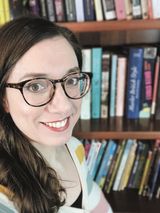 Cat Sebastian has written sixteen queer historical romances. Cat’s books have received starred reviews from Kirkus, Publishers Weekly, Library Journal, and Booklist. Before writing, Cat was a lawyer and a teacher and did a variety of other jobs she liked much less than she enjoys writing happy endings for queer people. She was born in New Jersey and lived in New York and Arizona before settling down in a swampy part of south. When she isn’t writing, she’s probably reading, having one-sided conversations with her dog, or doing the crossword puzzle.

Other Works by Cat Sebastian

The Perfect Crimes of Marian Hayes

The Queer Principles of Kit Webb

Unmasked by the Marquess

A Duke in Disguise

Unmasked by the Marquess

It Takes Two to Tumble